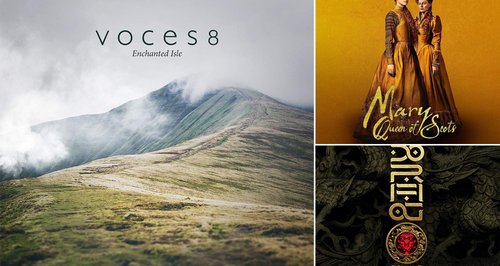 Voces8 and Two Steps From Hell enter the Classic FM Chart with their new releases 'Enchanted Isle' and 'Dragon'.

Three new entries make it on to The Classic FM Chart this week. Voces8's new album Enchanted Isle goes straight in at No. 5, closely followed by Dragon by Two Steps From Hell at No. 8. The new film Mary Queen of Scots soundtrack by Max Richter also jumps in at No. 13, overtaking other film and TV soundtracks Game of Thrones, Gladiator and The Lord of the Rings.

It's another week at No. 1 for Andrea Bocelli's Sì, No. 2 for Romantic Moments II by Andre Rieu, No. 3 for Katherine Jenkins' Guiding Light and No. 4 for Aled Jones & Russell Watson's In Harmony.