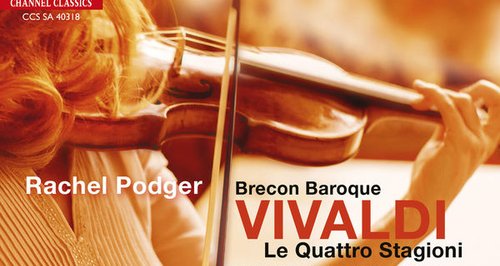 Violinist Rachel Podger enters the chart at No. 2 with her new recording of Le Quattro Stagioni, while Alan Silvestri's soundtrack to Ready Player One holds at No. 1 for the fourth week running.

In this week's Classic FM Chart, Hans Zimmer's soundtrack to Blue Planet II has leapt up 22 places to No. 3. Plus, Blake's Anniversary Album also sees a second bought of success, jumping from No. 17 in last week's chart to No. 5 this week.

As Rachel Podger and Brecon Baroque jump in at No. 2, four other artists also have new entries in the chart, including Bear McCreary's soundtrack to the video game God of War at No. 11. The eighth instalment in the PS4 game was released on 20 April as the sequel to 2010's God of War III.