Classic FM Chart: Sheku knocked off top spot by Lord of the Rings 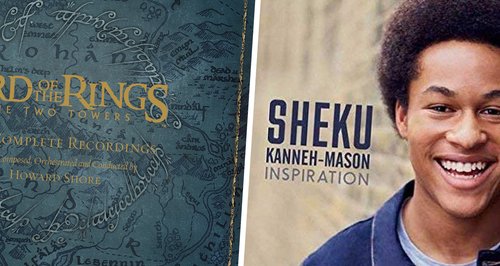 Someone's managed to displace this year's biggest chart success story... but who was expecting it to be a film score from 2002?

After 10 weeks at the top of the chart, cellist Sheku Kanneh-Mason has been toppled by none other than Howard Shore’s score for the second film in the Lord of the Rings trilogy, The Two Towers, newly repackaged in a special limited edition box set.

Kanneh-Mason’s huge-selling debut falls down to no. 3, behind a non-moving Ludovico Einaudi.

André Rieu springs back into the top 5, climbing a huge 23 places with his Amore album, while the highest new entry on this week’s chart is pianist Steven Osborne’s new Rachmaninov release which arrives at no. 12.