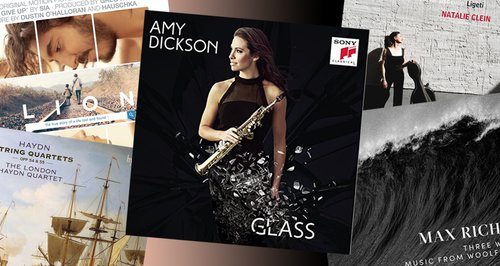 5th February: New entry at no. 1 by Max Richter, while the Classical Album stays within the top 3.

There are 8 strong new entries in this weeks chart, but the stand out performance is without a doubt by Max Richter with his latest album Three Worlds: Music from Woolf Works which enters the chart straight at no. 1.

This is Max Richter's second album in the top 10 of the Classic FM Chart - his other current album Sleep is this week's highest climber, jumping a staggering 18 places to no. 6.

Ludovico Einaudi's Islands and The Classical Album remain in the top 3, while other two other new entries make it in to the top 10 - Amy Dickson's new album Glass is at no. 5 this week and the London Haydn Quartet enter the chart at no. 8.

Other new entries include the latest albums from cellist Natalie Clein at no. 20, Westminster Abbey Choir at no. 21, Dustin O'Halloran's soundtrack for the new award-winning film Lion at 25, the National Youth Orchestra of Great Britain playing Holst at 26 and finally Iestyn Davies re-enters the chart at no. 6.

There are no stand out falls in the chart this week, however many albums which have been dominating the chart for several weeks are now beginning to slide down, including the Royal Liverpool Philharmonic Orchestra's latest Tchaikovsky album which falls from no. 6 into the forties and Hans Zimmer's soundtrack for Planet Earth II.