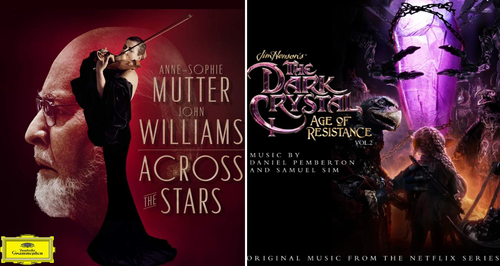 John Williams' stunning film score transcriptions for violin, performed by Anne-Sophie Mutter, enters this week's chart, along with the soundtrack from Netflix's The Dark Crystal and seven other new entries.

There are plenty of wonderful new entries in this week’s chart – including the soundtrack to Netflix’s fantasy series, The Dark Crystal, and John Williams’s collaboration with violinist Ann-Sophie Mutter, Across the Stars, which features his best film scores in new transcriptions for the violin.

There are also plenty of familiar faces here – from Einaudi and Pavarotti, to the Avengers: Endgame soundtrack, and Isata Kanneh-Mason’s beautiful disc of Clara Schumann Romances.