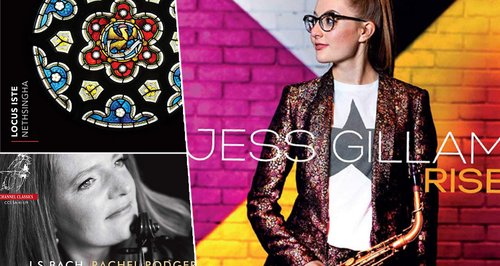 Jess Gillam's debut album shoots to the top of the chart, knocking Einaudi down to No. 6.

Stardom beckons for young saxophonist Jess Gillam as she enters the chart at No. 1 this week with her debut album, Rise.

Two other new entries make it into the chart this week. Locus Iste, recorded by St John's College Cambridge and their Music Director Andrew Nethsingha, enters at No. 24, while Rachel Podger's latest album, J.S. Bach: Cello Suites, enters at No. 29.

As fans from across the globe remain hooked to the final series of Game of Thrones, the official soundtrack has re-entered the chart at No. 27. It will surely continue to climb up the chart over the coming weeks...