Classic FM Chart: Einaudi's 'Islands' continues it's reign at no. 1 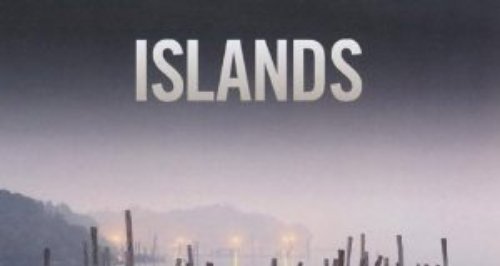 Einaudi’s Islands is a non-mover this week, holding onto it’s place at no. 1, and Symphonic Adiemus by Karl Jenkins is also another non-mover at the top of the chart, remaining at no. 3. However, the highlight of the top ten this week is in fact at no. 7, Schubert’s Piano Sonatas by Kristin Zimerman, which is this week’s highest climber rising twenty-three places from no. 30 to no. 7.

Just outside the top ten is another high climber from Einaudi with In A Time Lapse, rising thirteen places. Just below at no. 12 is a re-entry by Jonas Kaufmann and at no. 14 this week is a further high climber - Rupert Gregson-Williams soundtrack for Wonder Woman - up fourteen places.

The first new entry this week doesn’t appear until no. 20 - Brian’s Symphonies by the New Russia Symphony Orchestra - followed by another new entry at no. 22, The Monteverdi Choir singing Bach's Magnificat. Lord of the Rings has re-entered the chart at no. 23 alongside Dana Ciocarlie playing Schumann entering the chart at no. 25. Finally, there are four further re-entries in the lower end of the chart with one final new entry from Clint Mansell with his soundtrack to Loving Vincent.