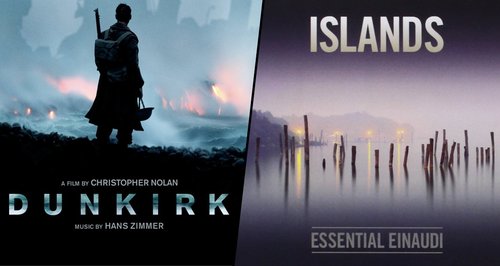 Hans Zimmer's score for blockbuster Dunkirk and Einaudi's Islands are both non-movers at the top of the chart for the fourth week in a row. Meanwhile, Carly Paoli's Singing My Dreams climbs up two places from no. 5 to no. 3 and Raiders of the Lost Ark re-enters the chart at no. 4. There are no further new additions to the top ten this week, however, there are several re-entries in the rest of the chart, including The Alehouse Sessions at no. 14, Monteverdi and Other Vespers at no. 18 in the middle of the chart, plus the Prague Philharmonic Orchestra playing The Compelte Harry Potter Film Music at no. 24, Andre Rieu's Love in Venice at no. 25, Una Mattina at no. 26, James Horner's score for Braveheart at no. 28 and finally Gladiator: Special Anniversary Edition at no. 30.