Classic FM Chart: Doctor Who and Avengers: Infinity War are favourites at No. 1 and 2 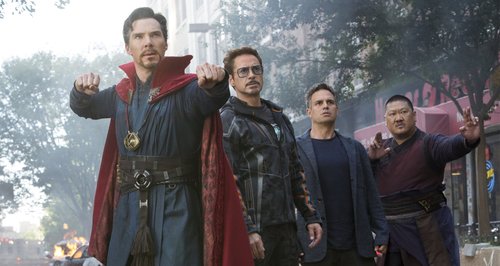 It’s a good week for soundtracks in the Classic FM Chart, with Doctor Who and Avengers: Infinity War jumping straight in at No. 1 and 2 and Alan Silvestri’s second hit soundtrack of the chart, Ready Player One, lurking just behind at No. 3.

Bear McCreary’s soundtrack to the video game God of War has jumped up six places this week to No. 5, with the soundtracks to Star Wars: The Last Jedi and The Lord of the Rings also remaining steady in the top 10.

We’ve also seen the Music for a Royal Wedding album creep in at No. 25, as the wedding of Prince Harry and Meghan Markle fast approaches. Find out what music will be played at the wedding here.