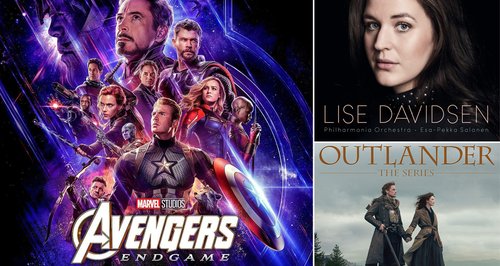 Action films jump up to the top of this week's chart, alongside four new entries.

The score to Avengers: Endgame by Alan Silvestri has jumped up from No. 12 to No. 1 in this week's chart, following the film's box office success, as does Bear McCreary's score to Godzilla – King of Monsters, which jumps up 14 places to No. 5 this week.

Also making a jump in the chart is new entry Lise Davidsen, the self-titled album by the up-and-coming Norwegian soprano. Three other new entries make it on to the chart: Outlander – Season Four soundtrack by Bear McCreary at No. 8, O Radiant Dawn by Apollo5, and Vaughan Williams: Symphony No. 7 & 9 recorded by the Royal Liverpool Philharmonic Orchestra, conducted by Andrew Manze.