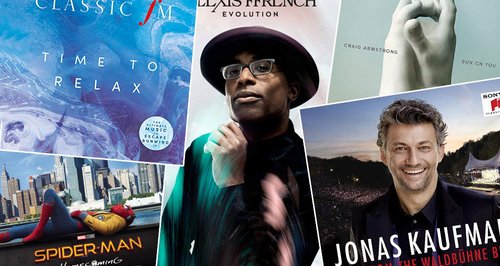 'Evolution' by Alexis Ffrench stays at No.1 for its third week, and two new releases enter the top 10.

Four new albums have made it into the Classic FM chart this week, two of which are in the top 10. Jonas Kaufmann's album An Italian Night has entered at No. 5 and Classic FM's Time To Relax compilation album at No. 7.

Alexis Ffrench stays at the top of the chart for the third week since his Evolution album release. It is joined in the top 3 by Einaudi's Islands album and The Real Classical. Cello albums Bach / Six Evolutions – Cello Suites (Yo-Yo Ma) and Inspiration (Sheku Kanneh-Mason) also remain in the top 10 from last week.

Two film soundtracks, Spider-Man – Homecoming (Michael Giacchino) and Harry Potter & the Philosopher's Stone (John Williams) have re-entered the chart at No. 16 and No. 30 respectively.