Donald Trump quotes sung by an opera singer are hilarious 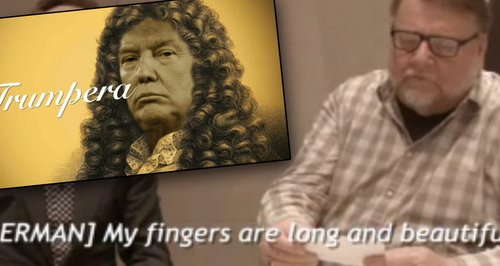 A Wagnerian tenor has turned some of Donald Trump's most illuminating quotes into operatic excerpts.

Tenor Ben Hepper has loaned his superlative vocals to an innovative new project: The Trumpera.

Donald Trump is great for a quote, so who better than the presidential candidate to form the basis of a new operatic venture? Watch Heppner douse Trump's words of wisdom with some Wagnerian technique. Basically, it's classic Trump quotes sung by an opera singer: