This image appears in the gallery:
Prokofiev: 15 facts about the great composer 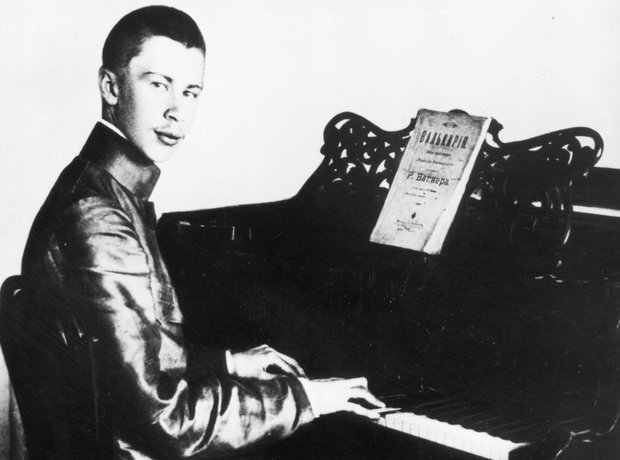 Prokofiev initially made his name as a composer-pianist, achieving notoriety with a series of difficult works for his instrument, including his first two piano concertos. The second caused a scandal at its 1913 premiere. The audience reportedly left the hall with exclamations of "The cats on the roof make better music!"

See the full gallery: Prokofiev: 15 facts about the great composer

Sergei Prokofiev: Symphony No. 1 in D