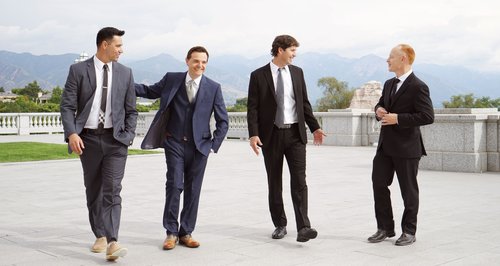 The Piano Guys have confirmed they will perform at the controversial inauguration ceremony.

The latest classical artist confirmed to be performing at Trump's inauguration ceremony on Friday 20th January is the long-standing YouTube stars The Piano Guys.

Fans of the Utah-based group initially vociferously hit back at the group after the news emerged:

The Piano Guys will be playing at the inauguration of Trump. This saddens me more than I thought possible.

So disappointed that The Piano Guys are playing at Trump's inauguration. I actually bought their music wtf

A reflective blog post from November (right after Trump was elected) on the Piano Guys website has also come under fire from negative commenters.

But now the news is confirmed and the clarifying statement released, the general tone of comments on social media is more supportive.

They join soprano Jackie Evancho, who confirmed that she would be performing in an interview on NBC, commenting: “I am so excited, it’s going to be awesome… To be able to sing for the office is a great honour for me.”

It’s not the first time Evancho has performed for a President, having sung for President Obama at the National Christmas Tree Lighting in Washington D.C. in 2010.

The soprano originally found fame as a contestant on America’s Got Talent back in 2010, singing a variety of classical works at the tender age of just 10.

It has been speculated and since refuteed that tenor Andrea Bocelli will appear with Evancho for one song, and possibly perform solo.

Reports in the media have suggested that Trump’s team had been having difficulty securing an artist willing to perform at the ceremony. Rumours that Sir Elton John was to perform, for example, were quickly quashed by the singer.

Soprano Charlotte Church stated on Twitter that she had been asked to perform, but her refusal was markedly blunt:

@realDonaldTrump Your staff have asked me to sing at your inauguration, a simple Internet search would show I think you're a tyrant. Bye