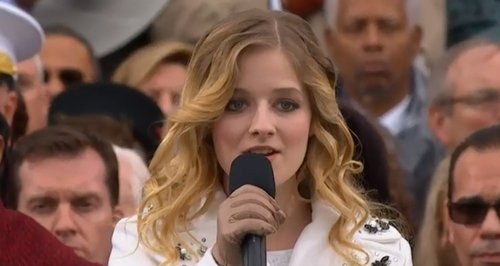 Jackie Evancho’s performance at the Inauguration of Donald Trump has split opinion on Twitter. What do you make of it?

Here's just a smattering of opinion from Twitter on the soprano's performance. Our verdict? She was in tune, but nervous - and there's such a large amount of what can only be described as 'heavy context' to the whole inauguration ceremony that this kind of reaction was absolutely inevitable.

@jackieevancho Well done Jackie -- Truly an inspiration to us all today!!!

Jackie Evancho off key with that #starspangledbanner

@jackieevancho Well done Jackie -- Truly an inspiration to us all today!!!

@jackieevancho
Great job Jackie! You are Wonderful, beyond measure, and Gorgeous.

LOVELY job, @jackieevancho! Poised! Talented! (At your age, MY greatest accomplishment was remembering to wear rubber bands in my braces)