In Wagner's 200th anniversary year, we re-imagined the controversial composer's most epic and famous work, The Ring Cycle, as a movie poster.

It's one of the most divisive works in the whole operatic canon, and its composer was responsible for redefining how the world thought about music and theatre in general. But what would The Ring Cycle look like as a film poster?

Click on the image below to see our very own re-interpretation of The Ring Cycle full-size. 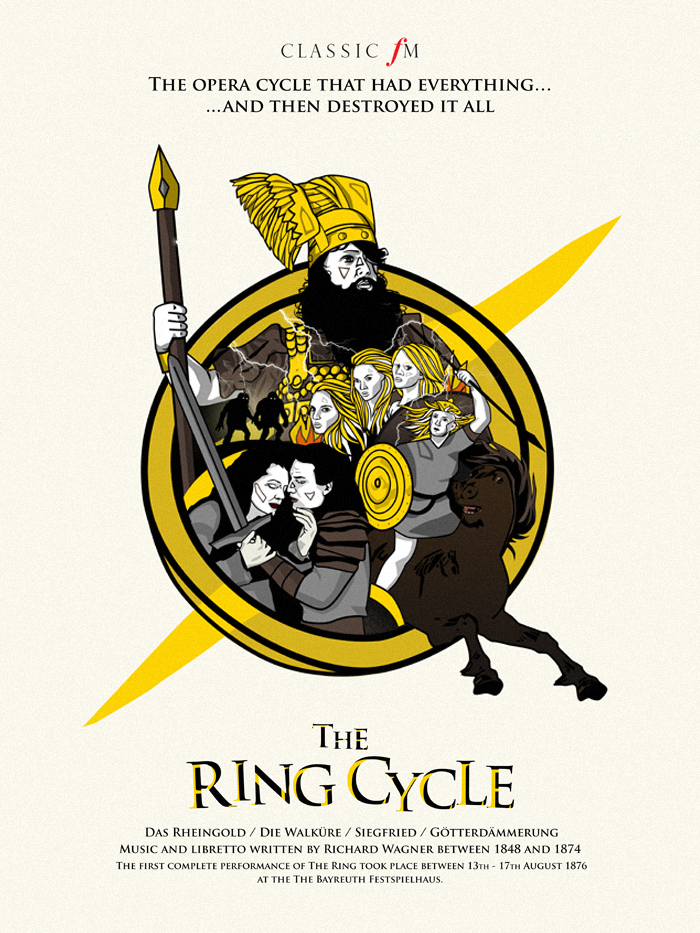