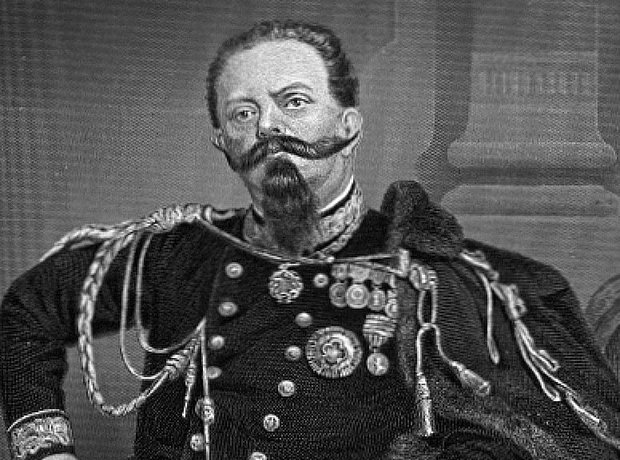 After Italy was unified in 1861, many of Verdi's early operas were re-interpreted as works with hidden Revolutionary messages that probably had not been intended by Verdi. Spreading throughout Italy in the 1860s, the slogan "Viva VERDI" was used as an acronym for Viva Vittorio Emanuele Re D'Italia - Long Live Victor Emmanuel King of Italy, referring to Victor Emmanuel II, pictured, who was then king of Sardinia.