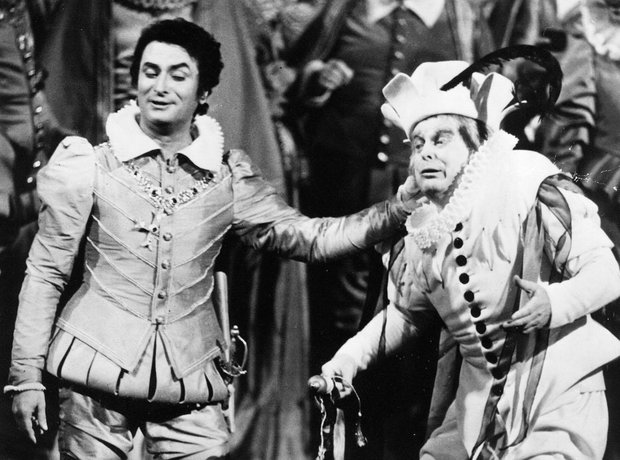 Probably Verdi's greatest masterpiece, Rigoletto, was premiered in Venice in 1851. Based on a play by Victor Hugo, the libretto had to undergo substantial revisions in order to satisfy the censors, and the composer was on the verge of giving it all up a number of times. The opera quickly became a great success. Pictured is a 1976 Bavarian State Opera production of Rigoletto, directed by Roman Polanski, starring Vasile Modoveanu as the Duke and Peter Glossop as Rigoletto.