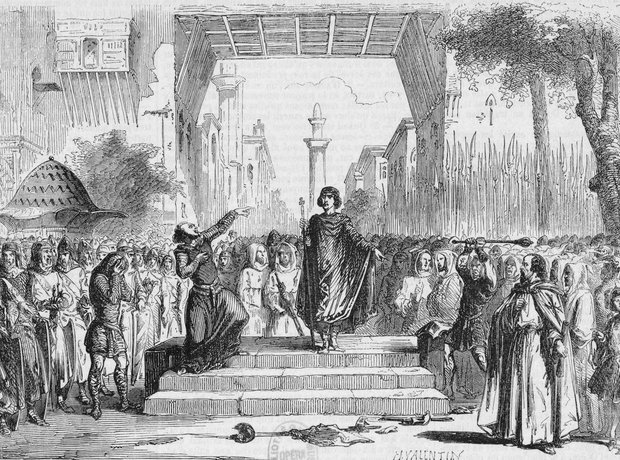 Over the next decade and a half, Verdi wrote 14 operas in all. 'From Nabucco, you may say, I have never had one hour of peace,' the composer said, describing his life as 'sixteen years in the galleys.' In 1847, he revised his opera I Lombardi, and renamed it Jérusalem. It was produced by the Paris Opera and became Verdi's first work in the French Grand opera style. Pictured is a press illustration of Act 3 of Verdi's opera Jérusalem, first performed on 26 November 1847 by the Paris Opera at the Salle Le Peletier.

This guy turned a piano squeak into something quite beautiful