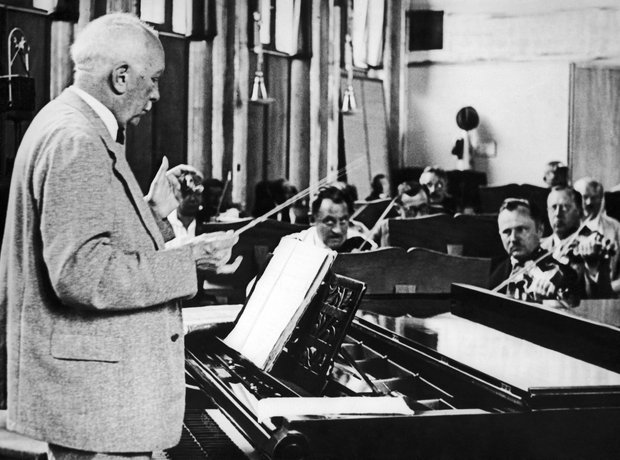 Because of his father, Strauss became a great champion of the horn. His first Horn Concerto showed the influence of Schumann and Mendelssohn and remains a staple of the modern horn repertoire. Here, Strauss is seen conducting a broadcast in Munich in August 1932 which was transmitted to all German radio stations.