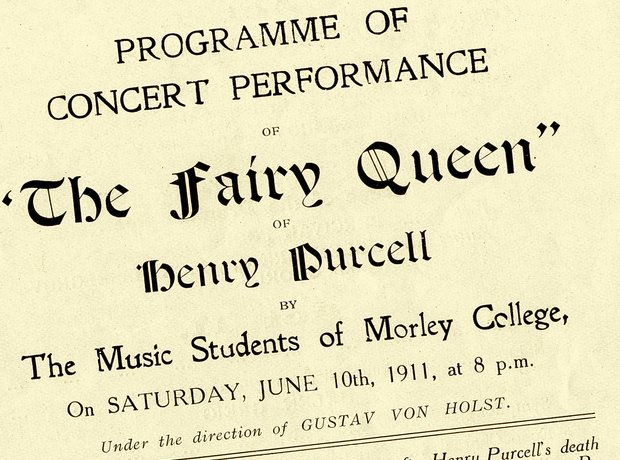 In June 1911, Holst and his Morley College students gave the first performance since the 17th century of Purcell's The Fairy Queen. The full score had been lost soon after Purcell's death in 1695, and had only recently been found. A concert performance of the work was given with an introductory talk by Vaughan Williams. The Times praised Holst and his performers for 'a most interesting and artistic performance of this very important work'.