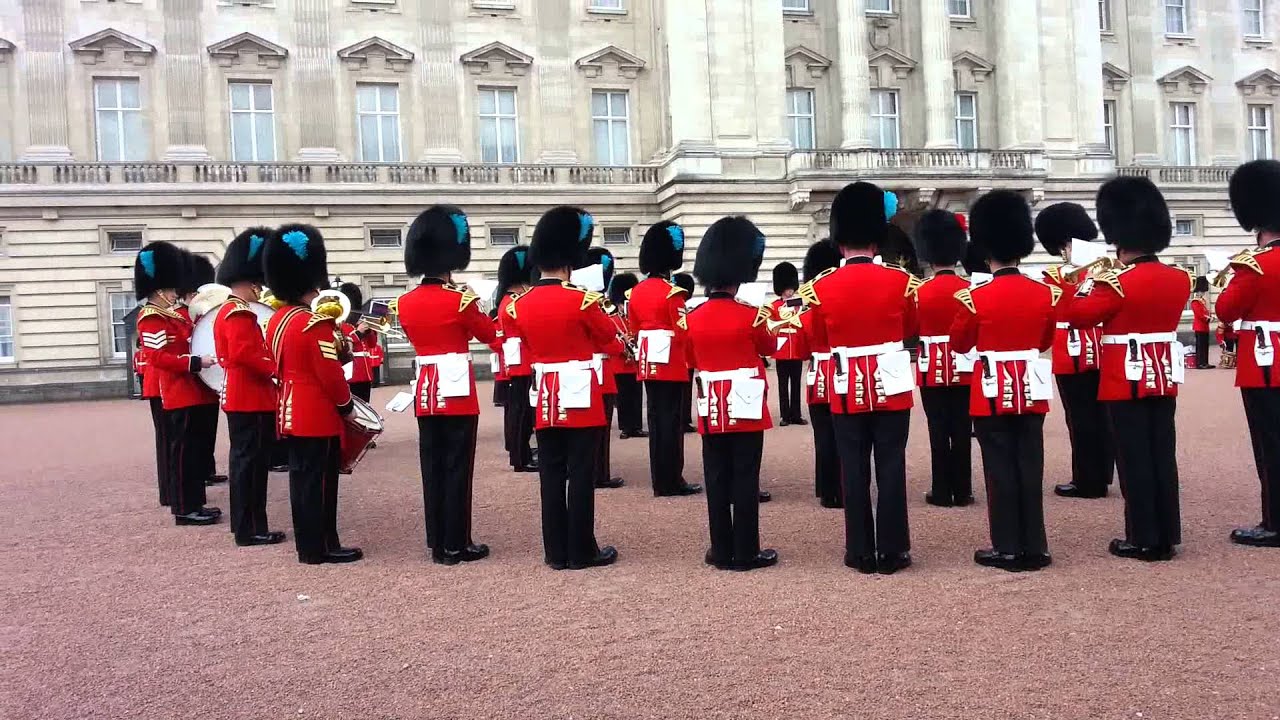 Game of Thrones theme song played by the Queen's guards

Ramin Djawadi's Game Of Thrones theme was given an unexpected airing in front of Buckingham Palace over the weekend, when the Queen's Guards played it during the changing of the guard.

Tourists were delighted to discover that the Queen's visit to the phenomenally popular TV show's set in Ireland seemed to have had an impact on the Palace in general.

The video, taken by onlooker Omar Barnea, has since been seen over one million times.

Composer Ramin Djawadi's theme is often the subject of inventive cover versions, but this seems to be the first time it's been tackled in the grounds of Buckingham Palace.