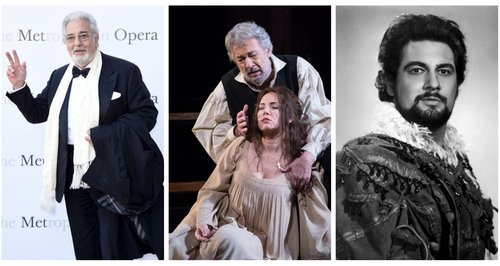 Tenor, baritone, conductor. He is simply one of the all-time greats.

Nobody commands the opera stage quite like the great Spanish maestro.

Plácido Domingo made his debut at the New York Metropolitan Opera as Maurizio in Cilea's Adriana Lecouvreur back in 1968 and has since appeared over 600 times as a tenor, conductor and, most recently, as a baritone.

To celebrate this living legend of opera, here are three completely jaw-dropping moments in the great houses of the world.

2. Domingo made his name as one of the world's finest Verdi tenors. Here he is, once again full of youthful voice, belting out the most famous aria from the Italian master's Rigoletto. Just thrilling!

3. In the 2009-2010 season at New York's Metropolitan Opera, Domingo took on one of the great baritone roles, the title role in Verdi's Simon Boccanegra. This is 'Plebe! patrizi!' – with Domingo showing off the full power of his dramatic baritone voice.

5. And finally, the great maestro as a conductor. Following the November 2015 terror attacks in Paris, Domingo led the Orchestra of the Metropolitan Opera in a rendition of the French National Anthem, The Marseillaise. A powerful moment.

Don't miss your chance to see another chapter in Domingo's phenomenal Metropolitan Opera journey - make sure you catch Luisa Miller with The Met: Live in HD.