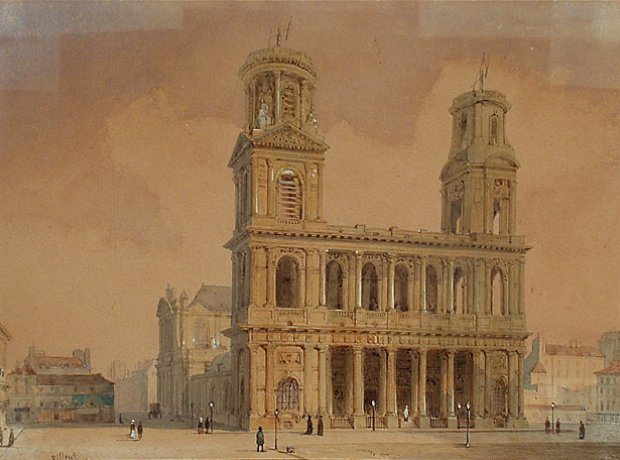 After graduating in 1865, Fauré earned a modest living as an organist and piano teacher. In October 1871, he was appointed choirmaster at the Église Saint-Sulpice, Paris (pictured), under the organist Widor. During some services, the two improvised simultaneously on the church's two organs, trying to catch each other out with sudden changes of key.