This image appears in the gallery:
Gustavo Dudamel: 10 facts about the great conductor 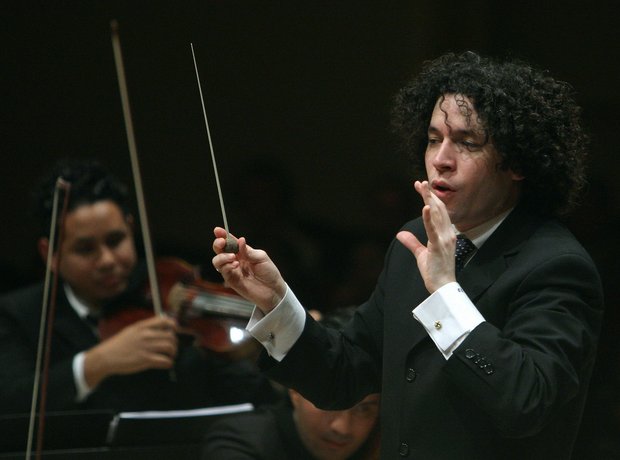 On 11 November 2007, Dudamel conducted the Simón Bolívar Youth Orchestra during his first appearance at Carnegie Hall. The performance was part of 'Berlin in Lights', Carnegie Hall’s first major international festival which offered a snapshot of the city of Berlin, through orchestral, chamber, cabaret, world music, and techno concerts. Photo: Emmanuel Dunand/AFP/Getty Images