Saxophonist Amy Dickson has won the Classic BRIT Award for Breakthrough Artist at her first attempt.

It was the first time that the awards have ever included a fourth nominee because of 'such a high standard this year', said host Myleene Klass.

Dickson's first album, Dusk and Dawn, was a hit in the classical charts earlier this year with its inventive arrangements of classical pieces for the saxophone.

On receiving her award, she said: "Wow. This award means an enormous amount to me and I would love to take this very special moment to thank my beautiful family and friends, and my darling husband Jamie," she said. "I'm hugely grateful for the support of Classic FM and the fantastic people at Sony Cassical, both here and in Berlin."

She was presented by her award at the glittering Classic BRIT Awards ceremony in the Royal Albert Hall by actress, writer and cake decorator, Jane Asher. 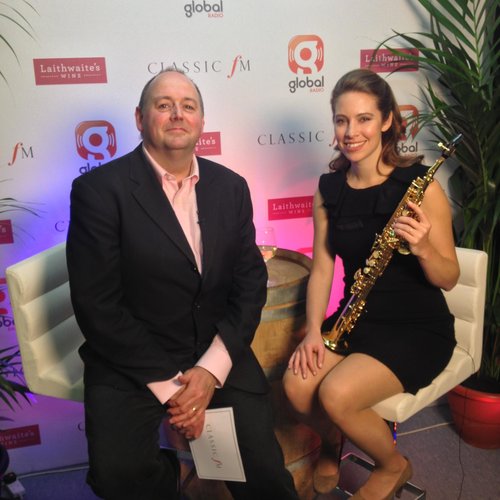