Here’s why Mahler’s Symphony No. 7 is an agonising work of infinite genius 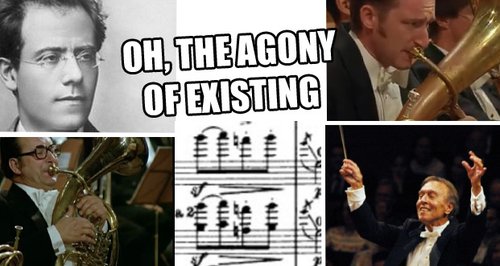 Of all Mahler’s symphonies, the Seventh is often thought of as the ‘ugly ducking’. But actually we reckon it’s the work in which the composer’s genius is most clearly on show. Hear us out...

Gustav Mahler has composed so many cracking symphonies. He burst onto the symphonic stage with his ‘Titan’ symphony in 1889 (just about as big as its name implies).

Then his Symphony No. 2 was the ‘Resurrection’, a work for an enormous symphony orchestra, alto and soprano soloists, a double SATB chorus, and two offstage brass bands. Here’s what it does to Leonard Bernstein:

Not stopping there, Mahler then created one of the longest symphonies in the modern repertoire, his Symphony No. 3, and later the ‘Symphony of a Thousand’ (yes, it needs that many people).

So it’s perhaps easy to see why the Seventh may have gone unappreciated in the past - it’s not the largest, nor the longest, nor the most exciting of Mahler’s symphonies (some have even said it’s musically ‘incoherent’ - ouch). As a result, it has spent much of the 20th century as Mahler’s ‘forgotten’ symphony.

However, if there’s one massive element in which Mahler’s Seventh comes top of the symphonic pile, it’s the way in which he uses the orchestra...

Mahler uses his most extravagant orchestral effects in the Seventh. He begins the first movement with a Tenor Horn solo, an instrument very rarely included in an orchestral setup. Though this may seem like an unnecessary addition, it’s difficult to hear the dark, brooding melody which begins the piece played on anything else.

In complete contrast to this, Mahler welcomes a guitar and mandolin into the orchestra for the fourth movement. These two instruments which are not normally associated with symphonic music are used to depict an intimate walk through the Viennese night...

He takes things to the extreme

Not only does Mahler add unusual instruments to the orchestra in this symphony, but he also uses standard orchestral instruments in very different ways. In the first movement, he has violins and a solo trumpet playing to the extremes of their upper register, which is of course to represent the ‘agony of his own existence’.

As unorthodox instruments combine with unusual instrumental techniques, Mahler creates a soundscape where the orchestra is heard like never before.

So although the Seventh can’t boast the gigantism of his Third or Eighth symphonies, or the uplifting euphoria of his First and Second symphonies, it’s still a gigantic, agonising work of pure genius.

It’s time to listen to the Symphony No. 7 in full. Take an hour and a bit to yourself, tidy your room, rearrange your sock drawer and have a listen to this epic piece of music which quite literally reinvented the orchestra.

A close-up look at the handwritten Mahler manuscript that just sold for a record £4.5m 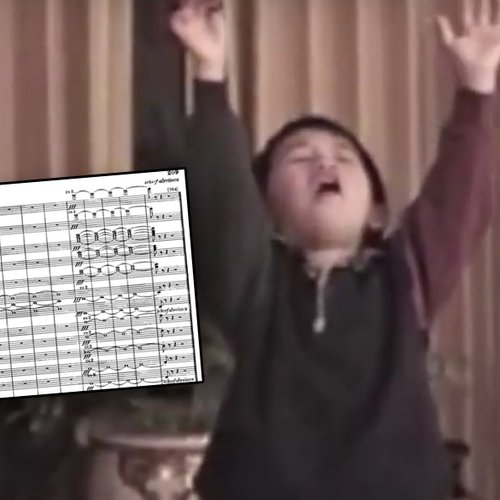 Gustav Mahler: Symphony No.4 in G

Meet the muses of the great composers

13 intensely satisfying gifs of the hammer blow in Mahler’s Symphony No. 6

A detailed explanation of how Mahler’s Symphony No. 2 is a heart-shattering work of genius