Here’s why Philip Glass’ Violin Concerto No. 1 is the best concerto of the last 50 years 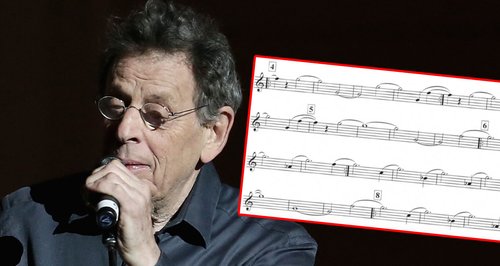 Just what is it about Philip Glass’ Violin Concerto No. 1 that people love? Or hate? And why has it lasted so long?

OK, OK: hyperbole aside, is there a concerto that’s had more of an effect on classical music than Philip Glass’ soaring, elemental Violin Concerto No. 1? In an age where the concerto genre itself seems like a throwback, Philip Glass managed to give it new mysticism, even respect.

Unlike so many concertos (especially modern ones), it doesn’t champion extreme virtuosity. Instead, it relies on conveying texture rather than melody, using the solo violin as part of the ensemble rather than showboating.

Just have a listen to the first movement, where the violin is tasked with some pretty hairy arpeggios, all at the service of the whole ensemble sound rather than the dazzlement of the audience:

And with second movement, probably the most and best-loved, he turns the violin into a whirling spectre above the orchestra. It’s by no means a technically challenging part - the real challenge for the violinist is in maintaining the character across the seemingly endless flurries as they grow and disappear:

Somehow, with the third movement, Glass turns his atmosphere into one of dancing and joy:

Basically, more than any other concerto written by his peers, Glass’ 1987 work did something new with the medium. Rather than act as a showcase for the violinist, his Concerto No. 1 acts as a symphonic piece that just happens to have its best melodies in the violin part.

Even though there are many who believe Glass’ work to be over-reliant on the techniques that define his sound (broken chords, repeated motifs, wafty atmospherics), few could deny that this concerto has seeped into the mainstream more than any other in the last 50 years.