You can really feel the magic in the air, thanks to The King's Singers and a certain boy wizard.

When you're a British choral ensemble on the spellbinding set of Harry Potter, aka Professor McGonagall's glorious classroom, aka the stunning Durham Cathedral, it would be breaching Wizarding Law to not tribute John Williams' magical score with a quick spur-of-the-moment recital.

The King's Singers, who originally formed in 1965 from the Chapel Choir of King's College, Cambridge, are a world-renowned vocal ensemble known for their diverse and compelling repertoire. They are currently about to begin a tour to South Africa, but before their recent concert in Durham Cathedral they couldn't resist creating this little gem:

These are the best musical April Fools of 2019 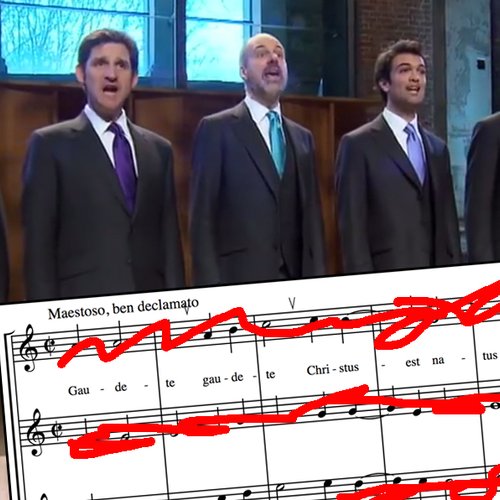 Someone has re-recorded the vocals on Gaudete, and we can’t stop laughing