One Voice: Believe rounds off the trilogy of albums featuring Aled performing with his younger self.

Aled Jones has announced that his new album, One Voice: Believe, will be released on the Classic FM label on 3 November 2017. It's the final recording in the One Voice trilogy, featuring duets between Aled and his younger, boy treble, self.

The first two albums in the series topped the UK Classical Album Charts. Get your copy from the Classic FM Store

A collection of spiritual classics, One Voice: Believe sees Aled duet with his younger self – man and boy – and features a few special surprises. Highlights include Richard Mill’s An Australian Blessing, Handel’s Did You Not Hear My Lady?, Andrew Lloyd Webber’s Pie Jesu, Franz Schubert’s Ave Maria and the traditional hymn Morning Has Broken. Once again, the album is produced by Ian Tilley.

As befitting to the finale in the series, the album features the life affirming Believe, written by Aled himself.

Alongside this, also for the very first time, the Classic FM presenter is joined by his 12-year-old son Lucas, to duet on one of Aled’s favourites hymns, The Lord is My Shepherd, composed by Howard Goodall.

Aled said: “This is the final part of what has been an extraordinary journey. Over 30 years on from my first recording as a chorister in Bangor Cathedral, I have enjoyed reliving so many memories from my childhood over the last year and a half.”

“To be able to sing with my younger boy voice has been such an emotional experience. On a personal level, this album will forever be extra special to me, as I share one song with my son Lucas. He’s never wanted to sing and has never had a single lesson, but fancied having a go before his voice breaks. Who am I to stop him – and the resulting duet melts my heart!  It’s something for him to look back on in the future”.

An extra special treat for fans comes from a call made earlier this year with one of Aled’s choir friends from Bangor. In his school days, a then 10-year-old Aled had been spotted by choir master Andrew Goodwin who, with the help of tenor Brian Saunderson, decided to record Aled singing. This was the very first time that Aled recorded a track.

Nearly four decades on, a now 78-year old Brian stumbled across the original reel-to-reel tapes whilst clearing his house. He kept hold of them, hoping to return them to Aled one day. He thought his opportunity came when Aled was touring One Voice a few months later in Bangor Cathedral. While he didn’t get to meet him on the night, Brian tracked Aled down via his contacts in Bangor and presented him with a new, digitised version of his very first recording, before he had secured his first record deal.

These tracks – How Beautiful Are the Feet, Pie Jesu (by Fauré) and Y Lili Ddwr (the Welsh version of The Lotus Flower by Schumann) – can now be heard for the very first time as bonus tracks on the album. 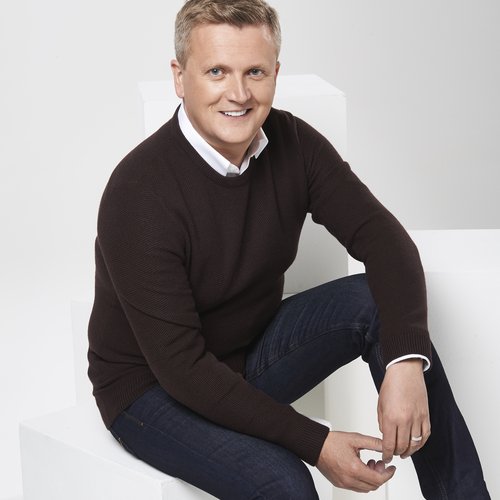