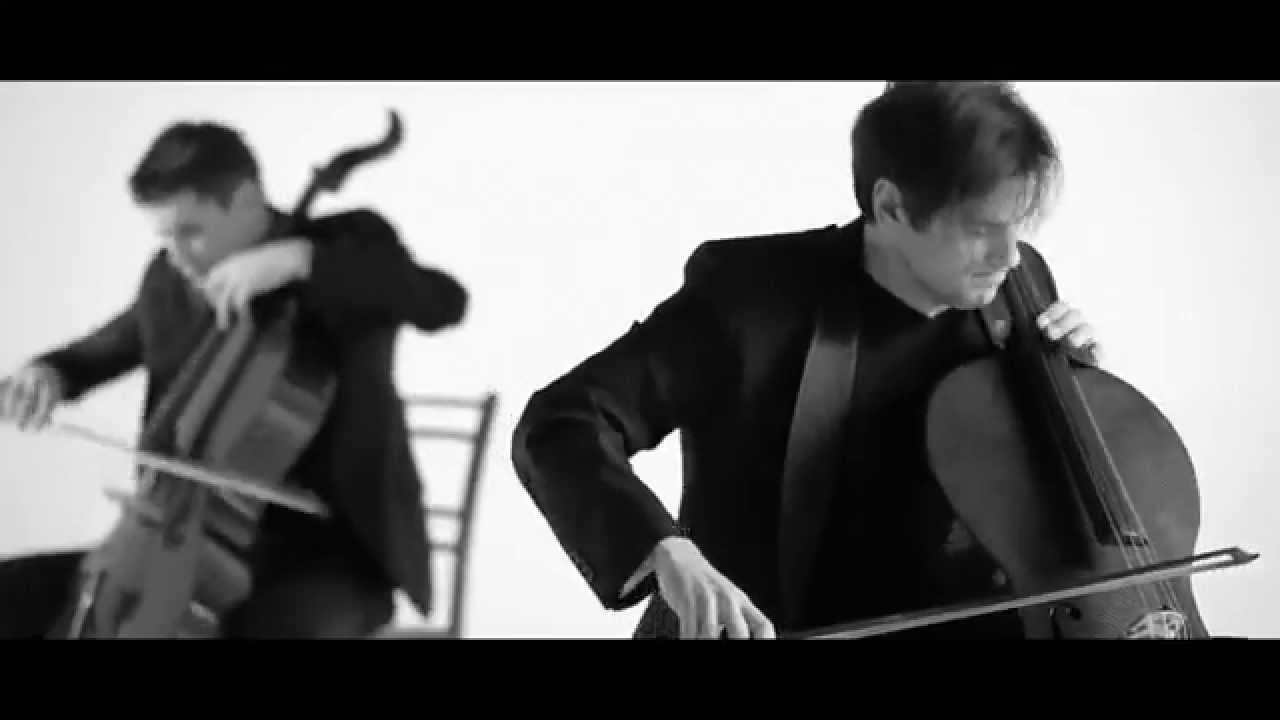 The viral cello duet have tackled the electric guitar-fuelled Mombasa Suite from Hans Zimmer's soundtrack to Inception in their latest video.

Shot in striking black and white, the video features Luka Sulic and Stjepan Hauser bowing, plucking and hitting their electric cellos, creating an impressive multi-tracked arrangement of Hans Zimmer's music. In contrast to the scene in the original film, which sees Leonardo di Caprio escaping from a cafe in Mombasa, Kenya, the 2Cellos video features fast flashing images of the two performers, fading in and out of focus.

This video follows their viral arrangement of ACDC's Thunderstruck, which sees the duo transform a simple Baroque cello piece into an incredible bow-shredding reworking. Since its release in February 2014, the video has had more than 17 million views on YouTube.