The new 2Cellos video sees the duo taking their instruments to a rock club where they play a hybrid of Rossini and Iron Maiden's 'The Trooper'.

It's not the first time they've taken on the world of hard rock - previous videos have seen them take on the likes of AC/DC - but this is perhaps their most metal-influenced mash-up yet.

There are metal guitar solos on cello

They have perfected 'cello face':

Which is quite impressive, given the size of their cellos:

There is also crowd-surfing

This cannot be good for your instrument:

Obviously there are no cellos on this one. It is, therefore, ever-so-slightly diminished in our estimation.

Best of all, Iron Maiden officially approve of it too

And if you like them doing Maiden, why not try their AC/DC? 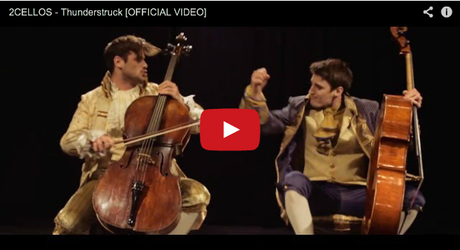