Manuel de Falla - Nights in the Gardens of Spain: Full Works Concert Highlight of the week

The idea of a night spent in a garden in Spain is an alluring one. Just imagine - a gentle warm evening breeze, the scent of jasmine and citrus trees, perhaps even the trickle of a water fountain in the distance. Who wouldn’t want to spend some time here? And that’s exactly the mood created by this atmospheric masterpiece by the Andalusian composer Manuel de Falla at the start of the 20th century.

Falla is considered one of Spain’s most important composers, influential throughout Europe, but at the time he was born in 1876, Spanish music and folk traditions were hardly known outside the Iberian peninsular. But that began to change with the help of a Russian composer. Rimsky-Korsakov had been influenced by the exciting sounds of Spain when he visited during his days in the Navy. The result is his spirited Capriccio Espagnole.

Intrigued by a country so close, yet seemingly so exotic, French composers including Bizet, Lalo and Chabrier began to explore the musical traditions of Spain – which despite being a neighbour seemed both inaccessible because of the Pyrenees, and exotic from the Moorish influence. In fact, by the turn of the century, Paris was a hotbed of Spanish passion with the likes of Ravel, Debussy and Dukas composing works which were all heavily influenced by traditional Spanish rhythms and dances, and by the impressions created by the country’s colourful history and climate.

Not surprisingly, Falla was drawn to Paris and the music scene which dominated Europe at the beginning of the 20th century, and with some prize money in his pocket after the success of his opera La Vida Breve, Falla arrived in the French capital in 1905. The idea was to stay for a few weeks, but it was almost a decade before he made his way back home to Spain. He befriended Debussy and Ravel and was encouraged by them to compose his most impressionistic piece, Nights in the Gardens of Spain. Falla referred to his lush and sometimes sentimental work for piano and orchestra as ‘symphonic impressions’. It’s an interesting mix, with an obvious sense of place for each of the three movements combined with a sense of mystery and melancholy which imbues these ‘evocations in sound’ as Falla described them.

Although Falla himself dismissed the idea of a specific programme or narrative for his musical portrait, the three movements are each given a place we can refer to. For the opening movement, we’re in the Generalife, the gardens which surround the summer palace at the Alhambra.  The music is as elegant as the surroundings but you can hear the traditional flamenco running through the movement. A dance, dark and dramatic, dominates the sensual second movement which is called 'Distant Dance', as the garden itself remains unnamed. Finally, we’re in the Sierra de Cordoba – and there’s gypsy dancing and singing going on long into the night. Together the elaborate and brilliant piano part weaves through the lush romantic orchestral score. I have the feeling that composing such compelling and evocative music when he was still living in Paris must have been behind Falla’s decision to return home. The work wasn’t quite finished when the draw of Spain proved too much and in 1914, he was back home, settling finally in Grenada. Nights in the Gardens of Spain was finally completed in 1916, and along with the ballet scores Love, the Magician and The Three Cornered Hat, it’s become one of his best known works.

Despite his friendships with French composers, and Falla’s own admission that he wrote his best music when he was away from Spain, he’s best remembered as one of the most distinctive and important composers to capture the essence and spirit of his own country. Yet when Spain was torn apart by civil war, Falla went into self-imposed exile having withdrawn his early support for Franco and his forces. The composer, described as the musical soul of Spain, never returned to his country and died in Cordoba in Argentina in 1946. 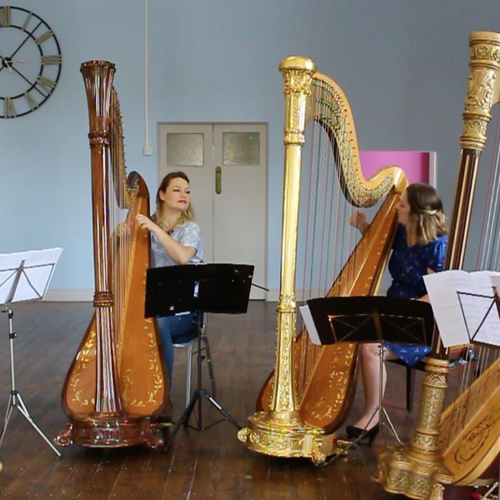