This image appears in the gallery:
Delius: 20 facts about the great composer 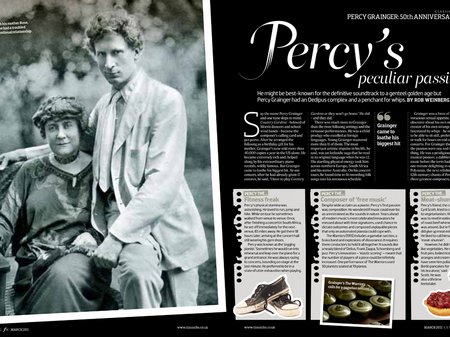 'Brigg Fair' by Delius was originally an English folk song for solo tenor and chorus. In April 1905, Percy Grainger recorded Joseph Taylor, a man in his early seventies singing Brigg Fair on wax cylinders shortly after a music festival in Brigg, North Lincolnshire. Delius was shown this work by Grainger after they first met in April 1907. Grainger then suggested to Delius that he should write orchestral variations on the tune

See the full gallery: Delius: 20 facts about the great composer

Delius - On Hearing the First Cuckoo in Spring