Hildegard of Bingen: life and music of the great female composer 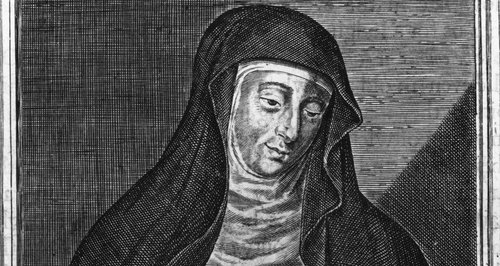 Discover the visions, the biography, songs and famous quotes of this legendary composer and saint

Hildegard of Bingen was a saint, composer and poet. But it's only recently that her songs, writings and remarkable life and visions have been rediscovered.

She was born over 900 years ago and for most of her 80-plus years was shut away in an obscure hilltop monastery in the Rhineland. This remarkable woman had left behind a treasure-trove of illuminated manuscripts, scholarly writings and songs written for her nuns to sing at their devotions.

Her sublime, life-affirming music struck a chord with young professionals seeking solace and inspiration in a violent, troubled world. And so a recording of Hildegard’s music, A Feather On The Breath Of God, introducing the pure soprano of Emma Kirkby and Gothic Voices, became an unexpected bestseller.

Today we think of Hildegard as one of the first identifiable composers in the history of Western music (most medieval composers were “Anon”). But there were no mentions of her music in any reference book before 1979 and she barely warranted an entry in the 1990 edition of The New Grove Dictionary of Music. 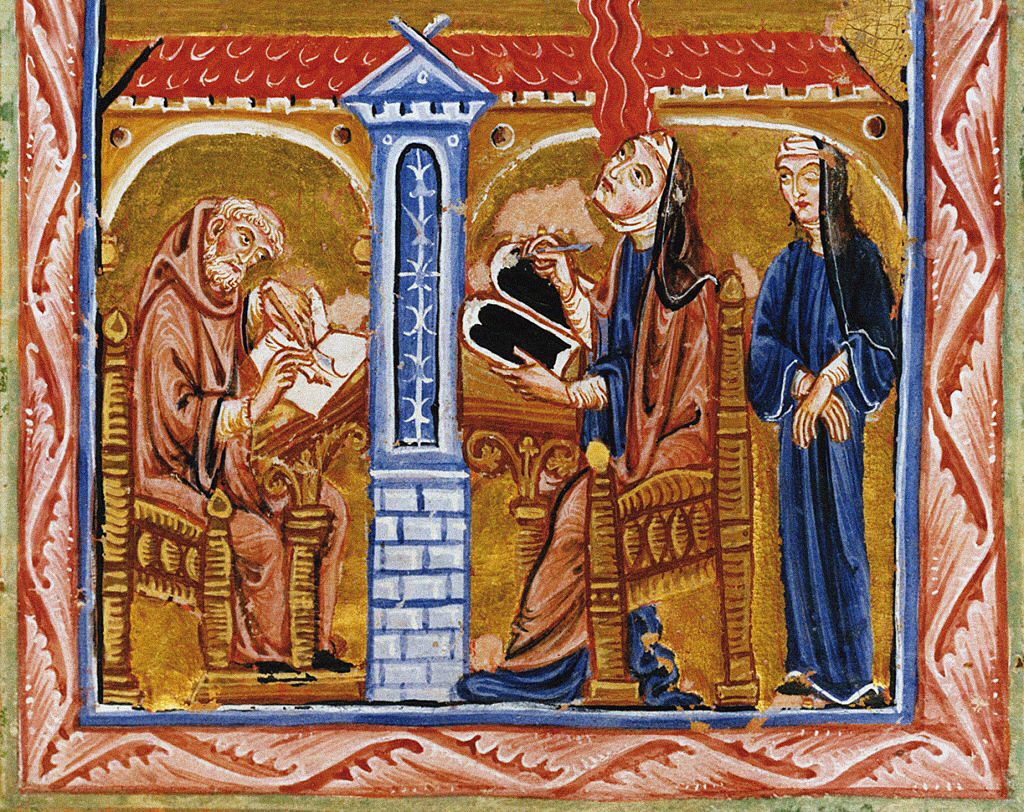 The rediscovery of Hildegard of Bingen's music

Interest in Hildegard started to grow around the 800th anniversary of her death in 1979, when Philip Pickett and his New London Consort gave possibly the first English performances of four of Hildegard’s songs. And, in 1983, the success of A Feather On The Breath Of God, an album of her music, piqued people’s curiosity about the author of these sensual, vivid, lyrical songs.

Now there are hundreds of recordings of Hildegard’s music, numerous biographies not to mention novels, popular histories, documentaries and websites hailing her as an early feminist and New Age guru.

Accounts written in Hildegard’s lifetime and just after describe an extraordinarily accomplished woman: a visionary, a prophet (she was known as “The Sibyl Of The Rhine”), a pioneer who wrote practical books on biology, botany, medicine, theology and the arts. She was a prolific letter-writer to everyone from humble penitents looking for a cure for infertility to popes, emperors and kings seeking spiritual or political advice.

Discover the greatest female composers of all time >

Her character was steely, determined and overbearing at times. But the nuns who flourished under her unorthodox regime were allowed extraordinary freedoms, such as wearing their hair long, uncovered and even crowned with flowers.

Nevertheless, Hildegard commanded the respect of the Church and political leaders of the day. She was a doer: she oversaw the building of a new monastery at Rupertsberg, near Bingen, to house her little community, and when that grew too large she established another convent in Eibingen, which still exists today (though the present building dates from 1904).

More recently, Hildegard was mentioned in the Netflix series Chilling Adventures of Sabrina

Hildegard is mentioned in a long list of witches through history (along with Anne Boleyn) – but there's no evidence Hildegard actually had any magical powers.

Hildegard was born in 1098 in Bermersheim, on the Rhine, the tenth child of a noble family. It was the custom to promise the tenth child to the Church, so at eight (or 14, accounts differ), little Hildegard was sent to the isolated hilltop monastery of Disibodenberg in the care of an older girl, Jutta of Sponheim.

She spent nearly 40 years there with a handful of other women from noble families, each enclosed in a small stone cell, or “tomb”, in a confined area of the monastery away from the monks.

As abbess of this small community, Jutta instructed Hildegard in the Psalter, reading Latin and strict religious practices. In Jutta’s biography, written after her death by her secretary, the monk Volmar, we discover just how hard life was for the nuns.

A single window linked them to the outside world and they were allowed one meagre meal a day in winter and two in summer. They prayed at regular intervals throughout the day and night.

Altogether, it is not surprising that they often complained of weakness and illness: Hildegard was laid low by various maladies throughout her life and the pious Jutta nearly fasted herself to death on several occasions.

When Jutta died in 1136, Hildegard was appointed prioress and it was then that she started writing music for the first time, for her nuns to sing as part of the Divine Office. The only music teaching Hildegard had received from Jutta was instruction in singing and the duties of a choir nun.

But she had grown up hearing the chants of the Roman mass and she set her own vibrant, colourful verses to music to create antiphons, responses, sequences and hymns.

A Feather on the Breath of God

Christopher Page, who spent much time researching and editing Hildegard’s music for A Feather On The Breath Of God, admits that the circumstances in which she composed are still a mystery.

“We don’t know if Hildegard is sitting and humming the songs, or if she’s perhaps humming and writing them down on a white tablet, with a final version then being written by someone else on slate or parchment,” he says.

“We don’t know if the words come first, or if the words and the music grow together in an organic development. We don’t know how much hand in it her male helpers – male secretaries and priests – had. None of that is clear.” 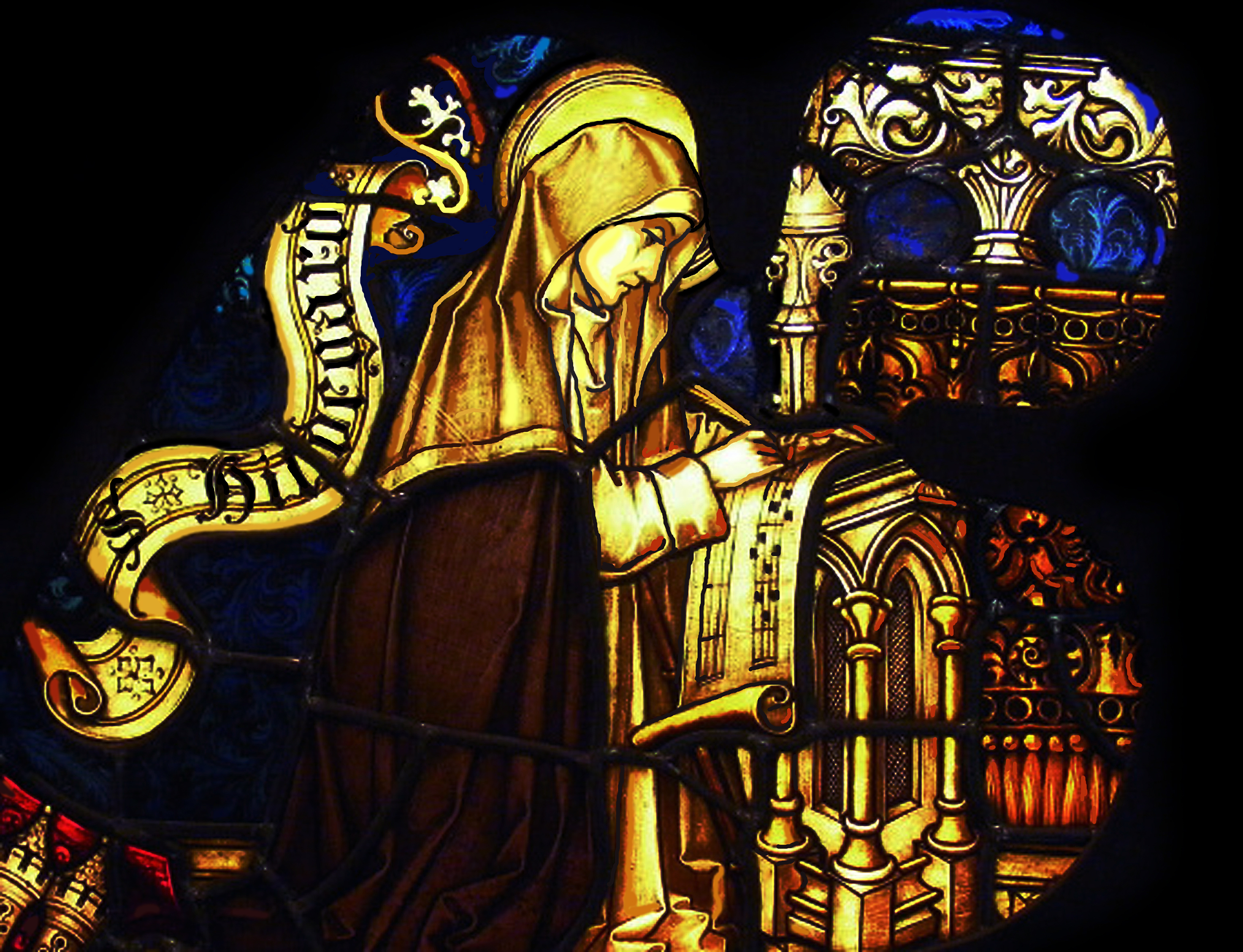 Hildegard had been having visions since she was a little girl – commentators today, including neurologist Oliver Sacks, suggest she may have been a migraine sufferer – but it was not until she was 42 that she had the courage to speak of them to her church colleagues.

“Heaven was opened and a fiery light of exceeding brilliance came and permeated my whole brain and inflamed my whole heart and my whole breast,” she wrote. A heavenly voice told her to share her insights with the world and in 1141 her abbot agreed that Volmar should help her to record them.

News of Hildegard’s prophetic visions reached Pope Eugenius III and he sent delegates to Disibodenburg to obtain a copy of her work-in-progress, Scivias. To the relief of Hildegard’s abbot, after reading it, the Pope blessed the abbess’s enterprise and commanded her to continue writing.

Scivias, which translates as “Know The Way”, took her 10 years to finish. In the next three decades she wrote two more theological books, one on medicine and natural healing, nearly 400 letters, and her great collection of music and poetry, Symphonia Armonie Celestium Revelationum.

This is a collection of 77 songs forming a liturgical cycle for the church year, and a music drama, Ordo Virtutum, a morality play whose subject is the struggle between 17 Virtues and the Devil over the destiny of a female soul.

Hildegard’s “compositions” stand out from other liturgical music because of the almost improvisatory nature of her melodies: they are freer, more wide-ranging and elaborate than the simple, one-octave lines advocated by her contemporary Bernard of Clairvaux.

Hildegard’s lack of formal training in Latin means her texts are not confined by grammatical conventions; the words flow straight out of her head like a sort of divine stream-of-consciousness. For religious poetry it is almost indecent in its lushness.

Hildegard died in 1179 in the monastery she had founded at Rupertsberg, near Bingen.

Though she was known throughout medieval Europe as a stateswoman and a seer, there is no evidence that her music was ever heard outside her own convent. How ironic that of all her achievements, it is her compositions that have stood the test of time.