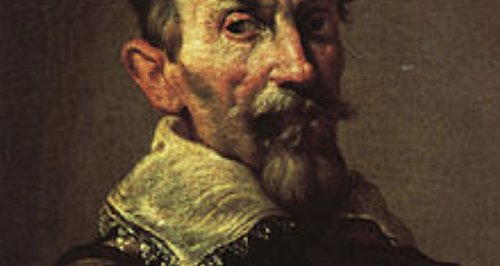 Four hundred years since the creation of his first opera, Monteverdi is still regarded as the most powerful and innovative figure in the history of music.

Claudio Monteverdi was one of music’s greatest visionaries. Like Beethoven some 200 years later, he quickly mastered and exhausted the musical tradition he inherited – the choral masterpieces of the Renaissance polyphonic style, or “prima prattica” – and accelerated the rate of stylistic change towards the glories of the Baroque, or “seconda prattica”.

As early as 1600, Monteverdi’s “modernist” tendencies had been castigated by the eminent Bologna theorist, Giovanni Artusi, who published a pamphlet deriding Monteverdi’s progressive techniques.

Monteverdi replied in the preface to his Fifth Book Of Madrigals by assuring his listeners that they may “rest content in the knowledge that, as far as consonances and dissonances are concerned... my point of view is justified by the satisfaction it gives to both the ear and to the intelligence”.

Monteverdi was no mere iconoclast railing at tradition, as is evidenced by his surviving letters, which reveal a man who cared deeply about his art and was highly sensitive to criticism. His letters show, too, that the loss of his first wife, Claudia, in 1607 became almost too much for him to bear, and that he took his resulting parental duties very seriously.

It was this, more than anything, that propelled Monteverdi’s genius to such great heights – as he struggled to cope with fatherhood and depression, he found his outlet in music.

Born the son of a Cremonan barber-surgeon, Monteverdi began composing in childhood and had his first book of three-part motets published in Venice when he was just 15. Two years later he had a volume of canzonettas published, followed in 1587 by the first of nine books of madrigals (eight were published under Monteverdi’s supervision, the ninth was published posthumously).

This run of success was capped by his appointment at the Court of Mantua in 1592, as a viol player. This was a more dangerous undertaking than it might seem, because the Duke of Mantua set off to conquer the Turks in 1595 and Monteverdi was forced to tag along to raise the troops’ morale.

He survived the various skirmishes and four years later married one of the court singers, Claudia de Cattaneis, by whom he had two sons and a daughter – the latter died in infancy.

By the time he was appointed maestro di cappella at Mantua in 1601, Monteverdi was already firmly established as one of Italy’s rising musical stars. Yet it was the publication of his Fourth and Fifth Book of Madrigals, in 1603 and 1605 respectively, that really put the cat among the pigeons.

Academic rules were blown out of the water as Monteverdi evolved novel harmonic progressions that brought words to life as never before. Illicit copies circulated widely, inspiring excitement among the musically educated of the time.

This initial creative phase reached a climax with the premiere of Monteverdi’s first opera, L’Orfeo. L’Orfeo travelled beyond the Florentine obsession with dry recitative, embracing the madrigal, lute song and all manner of new orchestral sonorities and theatrical effects along the way.

At a single stroke, Monteverdi had revolutionised a genre still in its infancy. Dramatic situations that might previously have excited little more than a passing nod began seriously to engage the audience’s emotions. Music would never be the same again.

Monteverdi’s flair for translating visual spectacle into music of lasting quality can also be heard to stunning effect in his ballets, most notably Il Ballo Delle Ingrate (1608). On paper it may not appear the most gripping of scenarios – Venus, Eros and Pluto free several dissolute women from hell in order to show people on earth what they’re in for if they err from the straight and narrow.

Yet with the special-effects wizards pulling out all the stops – as the curtain rose the audience was transfixed by palls of smoke representing the jaws of hell – and Monteverdi’s use of thrilling new musical devices, including a spooky downward glissando as Pluto describes the descent to hell, it became the hottest ticket in town.

Having been forced to return to work following his wife’s death in 1607, Monteverdi had been growing increasingly disenchanted with life in Mantua, and things now came to a head between the composer and his oppressive overlords.

In 1610, hoping to secure a post in Rome, Monteverdi dedicated a magnificent new volume of church music to the Pope. This monumental creative effort was produced during a distressing period in his life; he was still mourning the loss of his wife and had become so ill that the doctors had resorted to blood-letting.

Despite his best efforts, Monteverdi’s overtures to Rome came to nothing, and it wasn’t until the death of Mantua’s Duke Vincenzo in 1612 that he was presented with a way out; Vincenzo’s successor had no need of his services and dismissed him. The following year the post of maestro di cappella at St Mark’s in Venice became available. Monteverdi needed no persuading, and he made such an impact there that his initial salary was almost doubled within three years.

Monteverdi’s period of service in Venice proved a fitting climax to his long and illustrious career. In 1619 he published the Seventh Book Of Madrigals, which developed further upon the harmonic audaciousness of his previous volumes, and five years later his hybrid entertainment, Il Combattimento Di Tancredi E Clorinda (a setting of stanzas from a famous poem of the time), created a sensation at its premiere.

For the first time the orchestra appeared as an independent body with all manner of techniques in its armoury – most notably, stile concitato, which is characterised by rapid repeated notes to suggest an agitated or warlike state. When the two combatants finally face each other, abrupt stabbing pizzicato blows from the orchestra unmistakably suggest the sound of swords, while the galloping of horses is brilliantly realised by a repetition of the same chord to a skipping rhythm in triple time.

Sadly, not all of Monteverdi’s finest music from this period has survived. Only one trio from his 1630 opera Proserpina Rapita exists, and the Gloria is all that remains of a 1631 mass of thanksgiving written specifically for St Mark’s. The Eighth Book Of Madrigals (1638) signalled another turning point for Monteverdi, who seemingly used it as a retrospective on his music and theories from the past 30 years.

In addition to older works, this volume also contains compositions that demonstrate Monteverdi’s continuing development of his musical techniques and theorising. Almost turning his back on the five-part contrapuntal intricacies that he had done so much to develop, he began to think more in terms of pure harmony, with voices moving together en bloc. He also placed greater reliance on solo voices being answered by other members of the choir, almost in the manner of medieval chanting.

Monteverdi may well have laid his operatic pen down forever if it had not been for the opening of the first public opera houses in Venice from 1637, for which he wrote three final masterpieces: Il Ritorno D’Ulisse In Patria (1640), Le Nozze D’Enea Con Lavinia (1641, lost), and L’incoronazione Di Poppea (1642). Although a masterpiece in its own right, it is not at all certain that the latter is written entirely by Monteverdi.

It is now generally accepted, however, that he composed a substantial part of it, with additional music written, rewritten or transposed by others. The plot involves the Roman emperor, Nero, who wishes to replace his wife, Octavia, with his scheming mistress, Poppea. Plans by Otho (who loves Poppea) and Octavia to murder Nero backfire and the opera ends with the coronation of Poppea.

Whoever’s hands were largely responsible for arguably the greatest masterpiece of 17th-century Italian opera, its impact was incalculable, not only in terms of its expressive range but also its innovatory styling as a “historical” opera.

Monteverdi died the following year, aged 76, shortly after one last visit to his birthplace, Cremona. He was laid to rest in the church of the Frari in Venice, having single-handedly dictated the direction that Italian music would take for the next 400 years. 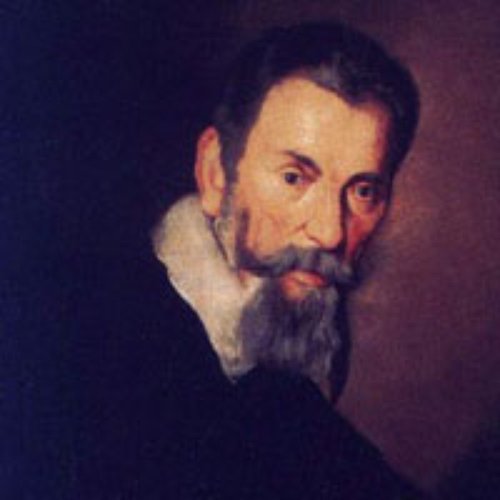