Ray Chen is one of the brightest stars of his generation and his new album The Golden Age is out in June. We caught up with him at the Malta International Music Festival where he was performing a new work by Alexey Shor

My earliest musical memory was probably playing in a group, Suzuki-method style. And it wasn’t very musical to be honest, we were just playing open strings. But the feeling that I had was – it’s a fun environment. I think that’s where the joy of music first came along. When you’re young, that’s the time to really stoke that feeling of joy – every time you pick up the instrument it’s a positive experience. There’s time to grow technically and musically later on.

How did you start playing the violin?

I had a toy guitar that I liked to play, and then suddenly one day I put the guitar underneath my chin and, together with a chopstick, pretended to play this new instrument. My parents through it was pretty funny and adorable so they bought me a violin when I was four.

What would be your piece of advice for someone trying to make it as a solo violinist?

There are two different ways of going about it. The first is the old-school approach: somebody important – like an important conductor or record label decides to pick you up and throw everything they have for you. That requires chance and knowing somebody. That wasn’t my way. The second way is competitions. Competitions have a bad rep because, well, not everyone can win, right? And Bartok famously said “competitions are for horses, not for musicians or artists.”

I think a lot of competitions have not been good at keeping their integrity with certain jury members. That’s a real shame to the whole genre of competitions, it defeats the purpose. I personally think if your student is in the competition you at least shouldn’t be allowed to vote.

To my mind the Menuhin competition is incredibly fair. You’re not allowed to talk to other jury members about the contestants, that’s a very strict rule. And when you’re in that room it’s almost like you’re taking a test – you’ve got your elbow over the page and you’re secretly writing what you think.

What would be your advice for a young musician thinking about entering a competition?

First of all, entering competitions gives you something to work towards. Once you’ve entered I would say take it one step at a time – one round at a time. Of course, practise all the repertoire before, but as soon as it hits seven days before, just work on that first round. Because there’s no point practising the concerto of the last round when you haven’t made it past the first round.

Is there anything you wish someone had told you when you were training?

I wish that schools would teach musicians to read a contract, I think that’s so incredibly important. You get any sort of gig and there’s a contract involved. So I wish we were taught how to read those contracts, how to protect ourselves as artists and know what are the things we have a right to demand and where the line is in terms of how far we can go in those demands. I wish that was something I personally had been taught, rather than learnt the hard way by making mistakes over and over until you finally get it.

What one thing would you like to change about the classical music world?

I would love to change the negativity in the classical music world. That’s what I base most of my social media, my internet personality on ­– it’s always trying to reinforce a positive spirit, a positive energy because that’s how I learned music. I think it’s so easy to go ahead and criticise other people.

If you could go back in time, which composer would you most like to meet for a coffee and why?

I’d lean towards Bach. I recently did all six of the Bach Sonatas and Partitas in one concert – it’s like two and a half hours of music, it’s like a marathon. I memorised them and there are memorisation techniques people conventionally use, like checkpoints. In Bach, with those fugues especially, it’s extremely difficult to do that. So actually I went through this process where it became almost like it was a language I was speaking. I know it’s weird to say, but it’s almost like I was making it up on the spot. So I’d like to ask Bach to please write more music.

Your new album, The Golden Age, is out on 8 June. Why did you choose that title?

It’s a tip of the hat towards the era of Fritz Kreisler, Jascha Heifetz, David Oistrakh. If you were to ask a classical music lover, that’s probably the age that’s considered the golden age. But each different period would consider itself the golden age of classical music, that’s why we have different eras. Then I realised – who’s to say that a golden age isn’t happening right now, we just have to make one. This album is about hopefully inspiring others. I think basically my goal is to be an ambassador for music.

Ray Chen’s album The Golden Age is out on 8 June but you can download one track from the album – Waltzing Matilda – right now. Ray spoke to us at the Malta International Music Festival where he was performing with the Armenian State Symphony Orchestra and conductor Sergey Smbatyan. He performed a new violin concerto by the festival’s composer in residence, Alexey Shor. 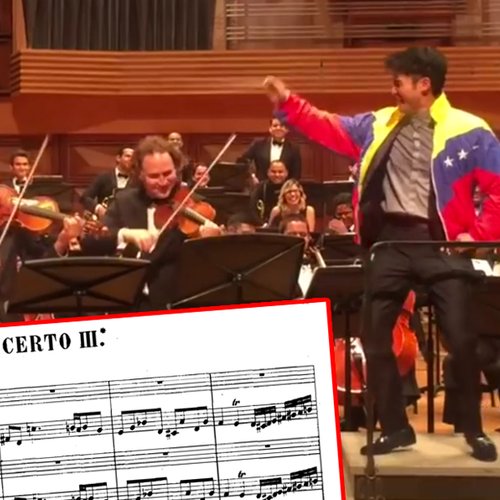 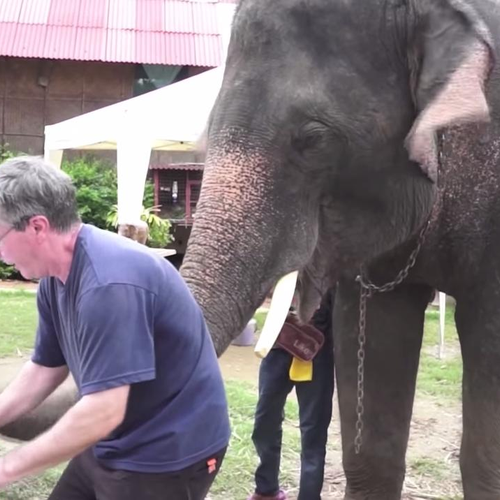