Star accordionist and Classic FM Live performer Martynas Levickis is taking the classical world by storm with his unique accordion arrangements. He'll be talking to Tim Lihoreau online at 9am on 26 June.

It's pretty safe to say we don't often play music by the winners of Lithuania's Got Talent on Classic FM. Clearly, the right winner just hasn't come along before: cue Martynas, classical accordionist, who's taking the musical world by storm with his incredible reworkings of music ranging from Bach to Katy Perry.

After a whirlwind few years since winning the competition, which also saw him graduate from the Royal Academy of Music, Martynas is now releasing his self-titled debut album, which aims to bring accordion music to as many people as possible. But how does he respond when his instrument of choice gets bad press? And how does he go about arranging virtuosic violin pieces for the accordion?

If you'd like to chat with Martynas, he'll be here from 9am on Wednesday 26 June with More Music Breakfast presenter Tim Lihoreau to take your questions - post them in the comments below.

Don't forget, you'll need to refresh the page to see the latest comments.

Martynas on Lady Gaga for the accordion: "Nothing could be more weird" 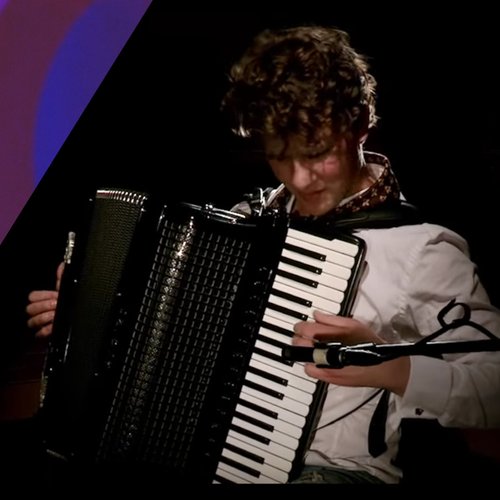 Listen to this funky version of Lady Gaga on accordion

Martynas plays the accordion at Wimbledon!