Martin O'Donnell achieved video game immortality with his themes for the Halo series.

The Halo series of video games is one of the most iconic game franchises of recent years and, in the same way that blockbuster movies engender huge affection and nostalgia through their soundtracks, O'Donnell's score has become a true fan favourite.

Taking cues from the bombast of action movie soundtracks and, interestingly, from the ancient sounds of Gregorian chants, O'Donnell's wide-ranging musical palate proved a huge hit. Not only was the game a success (spin-offs from the original continue to sell copies in the millions), but the soundtrack has become every bit as iconic as the imagery.

Gamers are bound up in the history of the series and invested in its future – Martin O'Donnell has a huge role to play in that. 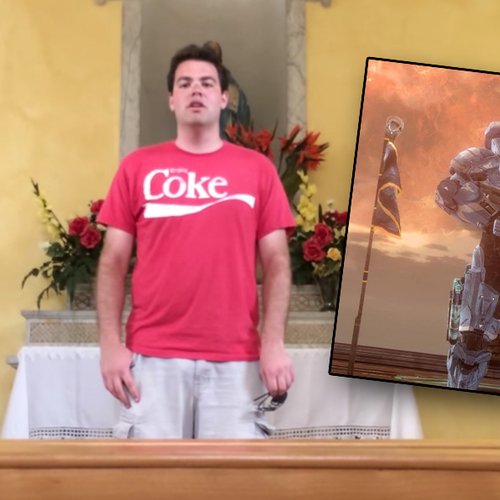 Haunting: watch this guy sing the theme from Halo in an empty church