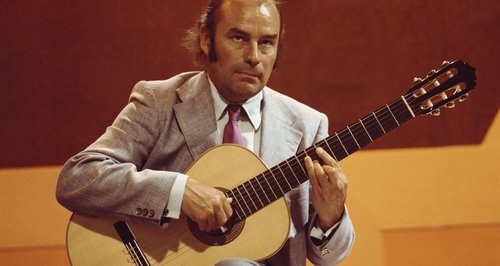 Julian Bream, one of the greatest classical guitarists of the 20th century, has died aged 87.

His management company confirmed the news, saying he died “peacefully at home”.

From child prodigy to international performer, Julian Bream played a key role in changing the public attitude towards the guitar as a mainstream classical instrument, while also resurrecting the legacy of the Renaissance and Baroque lute.

Born in Battersea on 15 July 1933, Bream recounted how, as a child, he would lie under the piano in “ecstasy” when his father – a talented amateur musician – played. The young Julian was also taught the basics of jazz guitar by his father.

On his 11th birthday, Bream was given a small gut-strung Spanish guitar. He became something of a prodigy, at 12 winning a junior exhibition award for his piano playing, enabling him to study piano and composition at the Royal College of Music. Aged 13, he made his debut guitar recital at Cheltenham on 17 February 1947. In 1951, he gave his first concert at the Wigmore Hall. 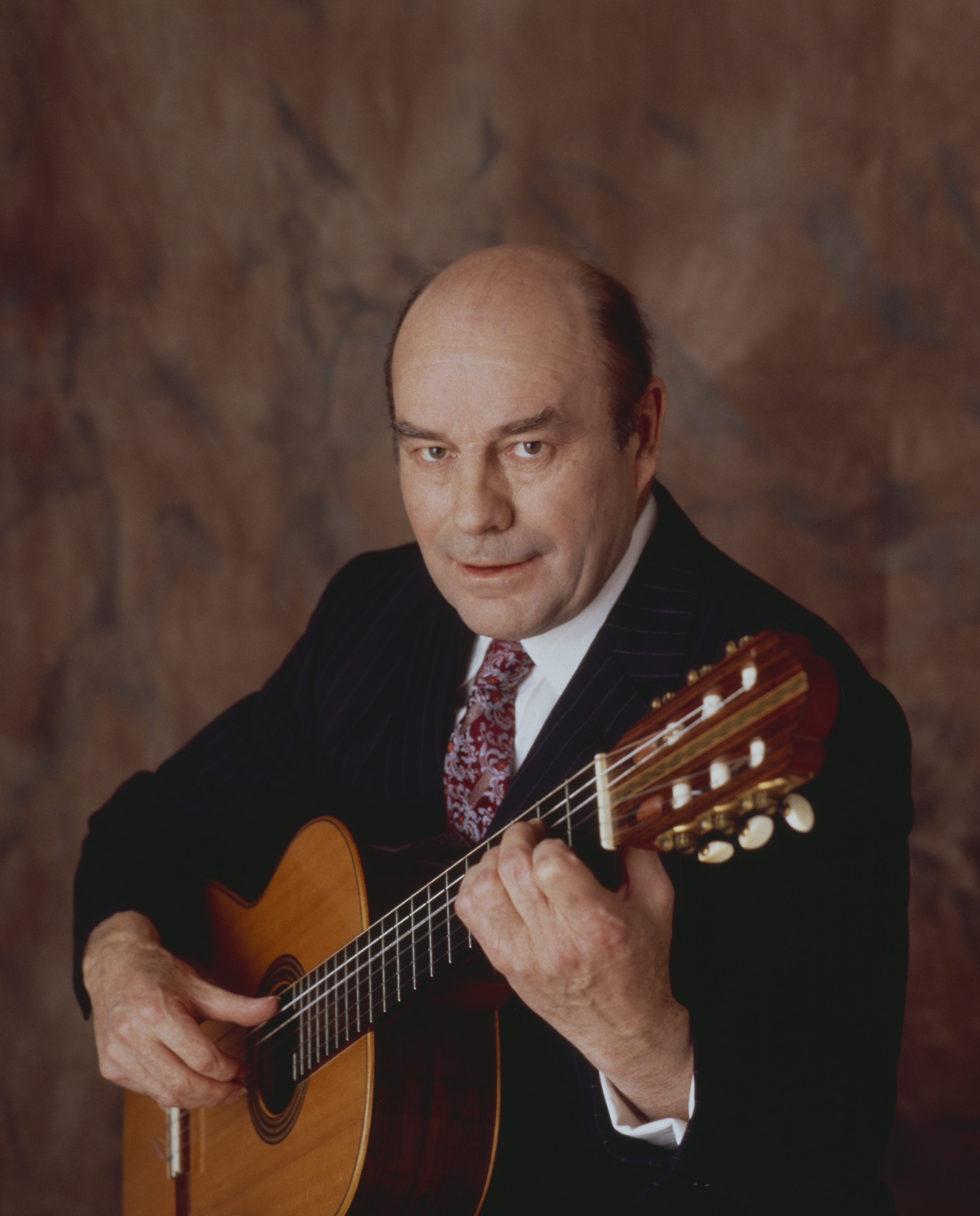 Bream made a name for himself in broadcasting while still in his teens, playing both lute and guitar. Lutes were difficult to find in post-war London. His father brought one home which he said he'd bought from a sailor on Charing Cross Road for £2.

“All my technique – on the guitar, the lute, the baroque guitar... was totally homemade,” Bream said of his self-taught approach.

“I’ve never really been taught how to play these plucked instruments. Therefore, I have an ideal of sound in my head and I get as near as I can to realising that sound. So I use any stroke or method of playing that gives me satisfaction first, that also realises my ambition in matters of sound and articulation.”

During his national service with the Royal Artillery Band, Bream was stationed in Woolwich, allowing him to play guitar regularly in London.
He played sessions for radio plays and films. Largely responsible for bringing the lute repertoire to light, he formed the Julian Bream Consort in 1960, a period-instrument ensemble with himself as lutenist. The consort led a great revival of interest in the music of the Elizabethan era.

His first European tours took place in 1954 and 1955, followed by extensive touring in the Far East, India, Australia, the Pacific Islands and many other parts of the world.

Bream's recitals were wide-ranging, including transcriptions from the 17th century, many pieces by Bach arranged for guitar, popular Spanish pieces, and contemporary music, for much of which he was the inspiration.

Many composers dedicated pieces to Bream, including Malcolm Arnold, Richard Rodney Bennett, Benjamin Britten, Toru Takemitsu, Michael Tippett, William Walton and Peter Maxwell Davies. Britten's Nocturnal is one of the most famous pieces in the classical guitar repertoire and was written with Bream specifically in mind. It is an unusual set of variations on John Dowland's 'Come, Heavy Sleep'.

In 1984, Bream’s arm was seriously injured in a car accident. It took great effort to regain his previous technical ability. “I set myself a highly disciplined schedule which focused my mind and fingers,” he said, “and I was able to undertake a US tour three months later”. 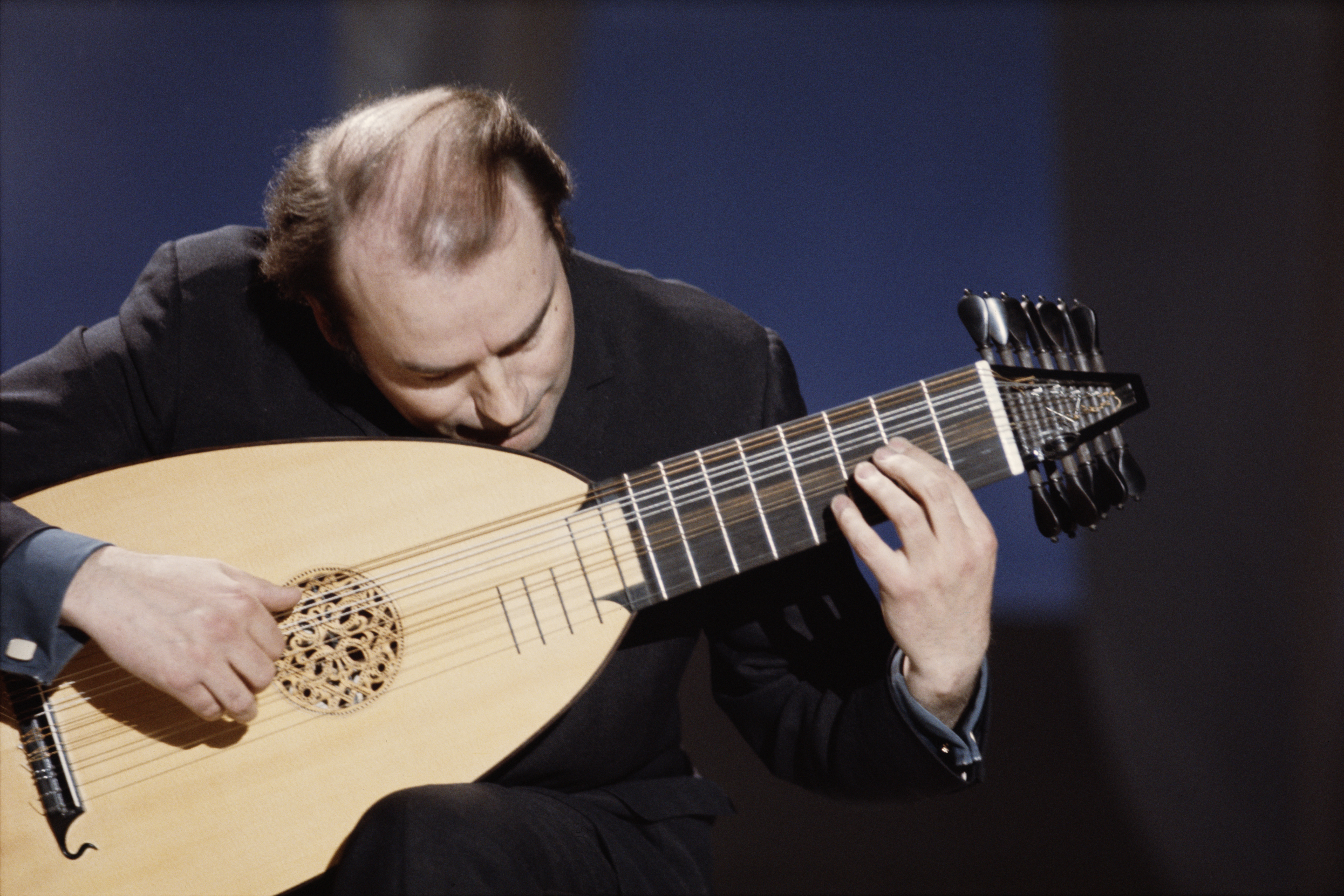 In 1997, in celebration of the 50th anniversary of his debut, he performed a recital at Cheltenham Town Hall. In November 2001 he gave an anniversary recital at Wigmore Hall, celebrating 50 years since his debut there. His final recital was at Maddermarket Theatre, Norwich on May 6, 2002. “I felt I had done enough,” he said of his retirement.

He was appointed Officer of the Order of the British Empire (OBE) in 1964 for services to music, and in the Queen's Birthday Honours List of 1985 he was made a CBE.

Bream lived for more than 40 years in a Georgian farmhouse at Semley in Wiltshire. In 2008 he moved to a smaller house in Donhead St Andrew.

Classic FM spoke to Julian Bream at the 2013 Gramophone Awards where he was awarded a Gramophone Lifetime Achievement Award. In a typically modest manner, he reflected on his extraordinary career in music: “I was self taught largely, and I wasn't very good first off, but then there was no one else playing the classical guitar in England so I was sort of the best boy in the girl's school, really,” he said. “But I gradually got better and better.”

Julian Bream on his legendary career: "I never listen to my own recordings!"