The Science Museum is an EPIC concert venue: and we heard a piece inspired by Charles Babbage's computer there

In 'Objects at an Exhibition', six pieces of music were performed by Aurora Orchestra next to the exhibits at the Science Museum by which they were inspired.

NMC Recordings commissioned six composers to write new music inspired by exhibits at London’s Science Museum, including Charles Babbage's 'difference engine'. The Science Museum is not a place where inspiration is in short supply - and Aurora Orchestra was performing - so it's fair to say we had high expectations:

On arrival at a darkened Science Museum, concertgoers were assigned one of two numbers – 0 or 1. Classic FM was a 0 (THANKS, Aurora). We were led around the museum by ‘robots’, holding mirrored placards, which communicated with high-pitched whistles. It’s fair to say the vibe was a bit The Prisoner meets One Man and His Dog. 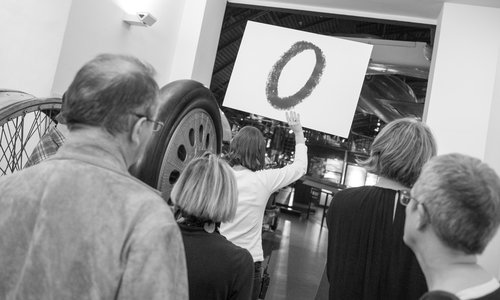 1. Mr Babbage is Coming to Dinner by Barry Guy 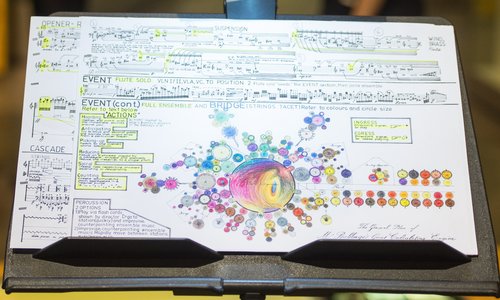 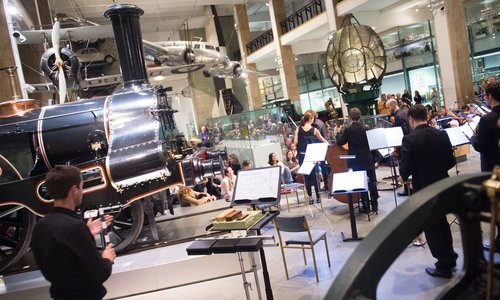 Inspired by the Science Museum’s energy hall and its 18th-19th century steam engines.

The title of this piece refers to the manufacturer of the British Second World War fighter plane, the Spitfire. Samples of aeroplane engines grew from distant drone to a cacophony that filled the museum’s flight gallery.

Inspired by 2LO, the second radio transmitter to broadcast in the UK, which now resides in the Science Museum:

5. The One-Armed Pianist by Gerald Barry 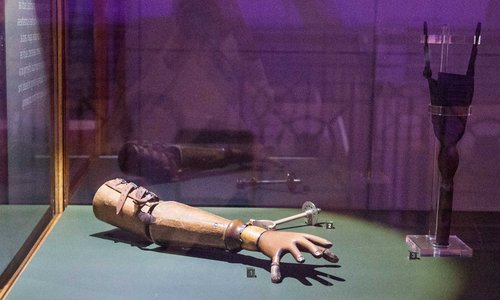 An artificial arm with fingers stretched to play only octaves was the inspiration here. The prosthetic limb belonged to an unidentified female pianist. In this piece, there was a continually repeated two-note phrase which gradually evolves into octaves.

This one was inspired by the 1820 York-London mail coach and was particularly well-received:

Somewhat blurry shot from #objects at an exhibition, just before Coachman Chronos which I loved. pic.twitter.com/KO2zToBduz

Watch the video below to see more of Objects at an Exhibition and hear Coachman Chronos:

'Objects at an Exhibition' is available now from NMC Recordings.

From The Back Desk - Timothy Orpen, Aurora Orchestra