About the Classic FM Team, Values and History 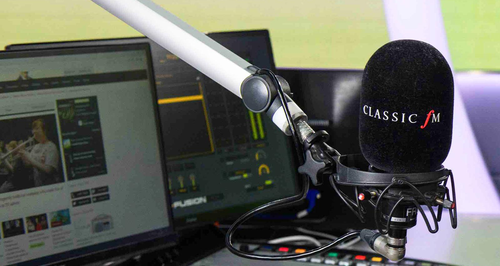 A chorus of birdsong heralded the launch of the UK's first national commercial radio station in the summer of 1992. Two months later, on September 7 1992, Classic FM hit the airwaves for the first time.

At 6am on Monday 7 September, the strains of Handel's Zadok the Priest announced the station's arrival, with Nick Bailey the first voice listeners heard on air. Reaction to the station was mixed, with many critics and advertisers not giving it a chance. Classic FM launched with the expectation of attracting 2.8 million listeners. Four and a half months after launch date, official figures showed that 4.3 million people were tuning into the station every week, making it the fourth largest in the country.

We believe that classical music is the greatest genre of music ever written. Our aim is to share it with the widest possible audience, no matter who they area or where they are. We always want to make sure that the performances we broadcast are of the utmost integrity and the highest quality. But, at the same time, we always try to break down some of the barriers which have grown up around classical music.

Behind the scenes, Phil Noyce is the radio station’s Managing Editor, managing the team of presenters and producers who create our unique on-air sound, while Maddy Shaw Roberts is the Digital Managing Editor, responsible for the digital content that you can watch, read and hear online at ClassicFM.com and across all the station's digital and social platforms.