Win a trip to Leipzig

Here's your chance to win a trip to Leipzig: world-class city of music.

Experience the beautiful city of Leipzig and enjoy its vast musical offering as the birth place of Wagner, and home to Bach, Mendelssohn and Schumann.

We're giving you the chance to win a trip to Leipzig where you'll be able to feel the power of world-class music and soak up the culture.

For your chance to win a holiday to Leipzig, flying with Ryanair just answer the question below by 23:59 on 12th October.

Getting there with Ryanair

Located right in the heart of the fascinating cultural city of Leipzig, the 5-star superior Hotel Fürstenhof Leipzig, a “Luxury Collection” hotel, welcomes its guests with timeless elegance and first-class service.

The Gewandhaus concert hall in Leipzig has gained international acclaim as the venue of the famous Gewandhaus orchestra, which is Europe's oldest civilian concert Orchestra.

Bach-Museum offers its visitors many opportunities to become actively involved in the life and works of Johann Sebastian Bach and his family. One of the highlights is the treasure chamber, which holds original Bach manuscripts and other precious objects. 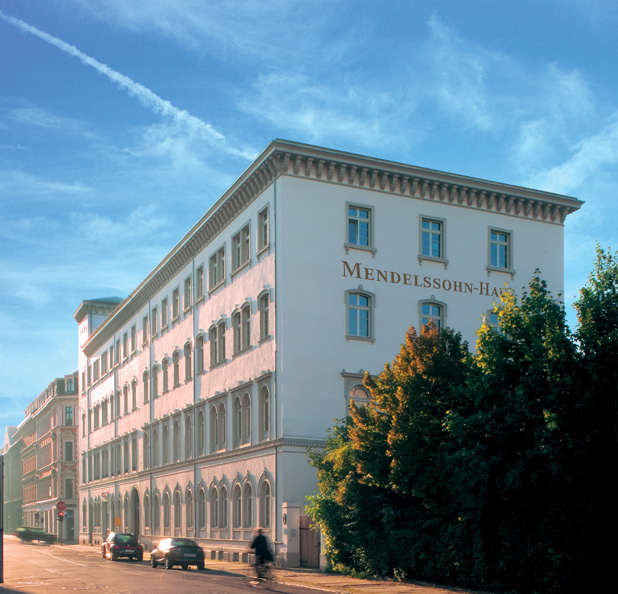 Mendelssohn House in Leipzig has been preserved as the last and sole private residence of the composer Felix Mendelssohn Bartholdy (1809-1847), who was one of the most famous musicians to have lived in Leipzig.

If you're travelling to Leipzig be sure to get the Leipzig Card, which is valid for three days. The card allows you to enjoy free travel on all regional and suburban rail services, trams and buses within the city limits, discounts in restaurants, in selected retail shops and in the Tourist Information, free admission or reduced admission up to 50% in museums.

Find out more about Leipzig: world-class city of music here.

Tempted? Don't forget to enter our competition below for your chance to win a trip to Leipzig.

This amazing prize includes: two nights accommodation for 2 people at the 5-star superior Hotel Fürstenhof Leipzig including Breakfast; return Ryanair flights from London Stansted to Leipzig and airport transfers in Leipzig; 2 premium tickets for a Gewandhaus concert and 2 entrance tickets for both the Bach-Museum and Mendelssohn House; lunch for 2 as part of “On the trail of Faust and Mephisto” in the famous restaurant Auerbachs Keller as well as a guided city tour in English on the theme “Leipzig - City of Music" with Leipzig Erleben and a Leipzig Card for two, valid for three days.

© All images are the property of Leipzig Tourist Board unless otherwise stated.