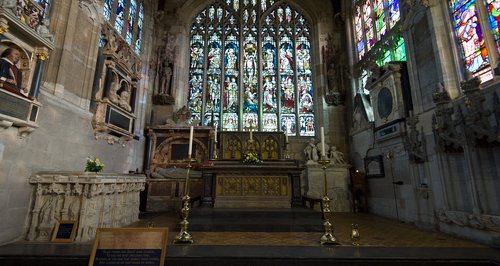 Last week a special commemorative concert was held in the historic Holy Trinity Church, Stratford-upon-Avon – in which Shakespeare was baptised and buried – to celebrate the creative legacy of one of the world’s best-loved writers.

To commemorate the 400th anniversary of Shakespeare's death, world-renowned tenor Joseph Calleja and soprano Elizabeth Llewellyn performed an evening of classics inspired by the Bard's work. Roger Vignoles accompanied then on the piano

Classic FM was there to record the whole thing and tonight David Mellor gives you the chance to enjoy the fabulous concert at home.

With beautiful songs and arias from Gounod, Bellini, Barber and Verdi, this is truly an evening not to be missed.

Prokofiev: Romeo and Juliet
- Dance of the Knights

Barber: Antony and Cleopatra
- Give me my robe