Classic FM Chart: Wonder Woman remains at no. 1 for second week in a row 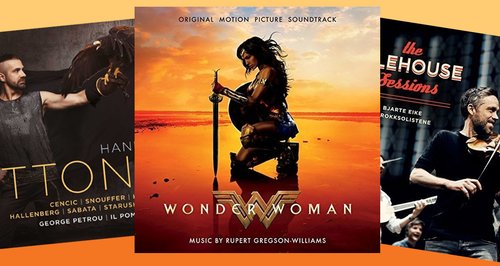 Wonder Woman is at no. 1 for the second week in a row, with The 50 Greatest Pieces of Classical Music and Peaceful Piano switching week on week between no. 2 and no. 3. The soundtrack for Alien: Covenant, which entered the chart last week at no. 6, has already dropped out the chart entirely. The rest of the top ten remains mostly the same, apart from a new entry at no. 9, The Alehouse Sessions, and the Lord of the Rings soundtrack which climbs back into the top ten again after dropping to no. 11 last week.

Other than The Alehouse Sessions at no. 9, the only other new entry this week is the new Handel album conducted by George Petrou, plus five reentries.