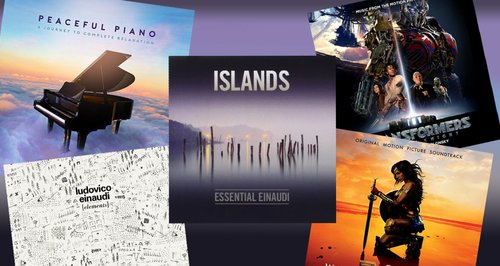 Islands, Wonder Woman and Peaceful Piano remain the top three albums in the Classic FM Chart for the second week. The three non-movers at the top of the chart are joined by a new entry from composer Steve Jablonsky with the latest soundtrack from the Transformers franchise at no. 4. However, last week’s no. 4 – Hans Zimmer: The Classics­ – has dropped eight places down to no. 12, so even with the new entry Einaudi’s Elements remains at no. 5 and Gladiator at no. 6, meaning there are no movers in the top six. This week’s top ten also includes the highest climber – this week it is Ramin Djawadi’s score for Game of Thrones: Season Six climbing nine places from no. 16 to no. 7, possibly due to the anticipation of the new upcoming series.

In the rest of the chart, the biggest faller is at no. 19 – Prokofiev’s Peter and the Wolf down ten places from no. 9. Meanwhile, there are a further five new entries – Véronique Gens’ Visions, Kathleen Ferrier: Remembered, Gyorgy Kurtag’s complete works for ensemble and choir, Telemann with the Akademie für Alte Musik Berlin and Carbonelli with The Illyria Consort. There are also two re-entries this week, including Einaudi’s Una Mattina and The Prague Philharmonic Orchestra’s The Complete Harry Potter Film Music Collection, possibly due to the highly anticipated 20th anniversary of the publication of Harry Potter and the Philosopher’s Stone last week.