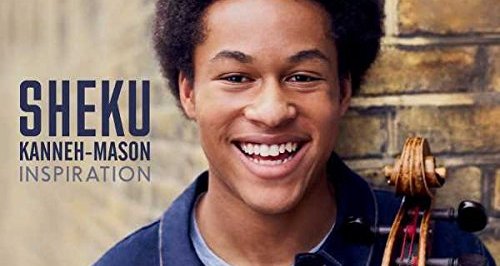 Sheku Kanneh-Mason’s debut album Inspiration remains no. 1 in the Classic FM Chart for the second week in a row. The album is joined by a staggering eight new entries this week, five of which are in this week’s top ten. André Rieu’s Amore is also another non-mover this week, staying at no. 2, just in front of Jonas Calleja who’s latest Verdi album enters the chart at no. 3. Einaudi’s Islands and Music for Mindfulness both drop a place each, while no. 6 is our second new entry of the week Stravinsky: The Rite of Spring featuring Marc-André Hamelin and Leif One Andsnes; Steve Reich at no. 7 and Arangelo performing Bach Magnificats at no. 8. Finally, John Williams’s score for Star Wars: The Last Jedi falls three places from no. 6 to no. 9 and our fifth new entry in the top ten is Jonny Greenwood’s score for Phantom Thread at no. 10.

There is very little movement elsewhere in the chart as most albums have dropped four or five places due to the several new entries in the top ten. Down the lower end of the chart, there are three further new entries at nos. 26, 27, 28 and one re-entry at no. 29. Finally, this week’s biggest faller, Last Night of the Proms, is down twenty-one places from no. 9 to no. 30.