Classic FM Chart: Rogue One enters the chart at no. 3 alongside 11 other soundtracks 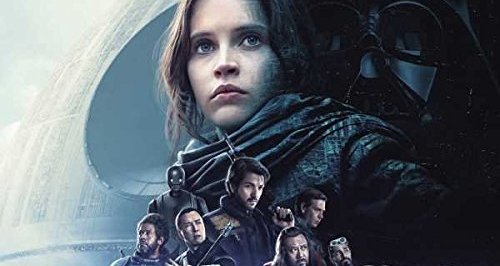 8th January: The 50 Greatest Pieces of Classical Music and The Classical Album re-enter at the top two spots, meanwhile Rogue One is the highest new entry at no. 3.

Michael Giacchino's soundtrack to Rogue One enters the chart this week at no. 3. It is one of five Star Wars albums in the top fifteen and one of 12 soundtrack albums, including a new entry from The Crown and re-entries from Game of Thrones and Fantastic Beasts and Where to Find Them.

Meanwhile, The 50 Greatest Pieces of Classical Music and The Classical Album re-enter the chart at no. 1 and no. 2. Bill Turnbull's Relaxing Classics remains at no. 6, while both Bruno Tonioli and Aled Jones drop a couple of places each.

Now we have entered January, the biggest drops in position are unsurprisingly from the final remaining Christmas albums - Gareth Malone's A Great British Christmas falls 21 places and Best of Christmas with André Rieu falls 19 places.