Classic FM Chart: Pavarotti pushed to No. 2, plus a new Bach recording in the top 5 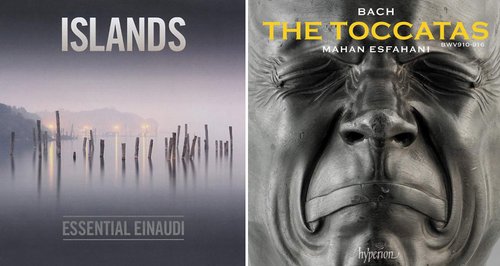 This week’s Classic FM Chart enjoys a significant amount of movement, with only two albums remaining in the same position as last week.

Einaudi has claimed the No. 1 spot in the chart, as the Italian composer-pianist’s popular Islands album pips the popular Pavarotti movie soundtrack to the post. Plus, there’s a new Bach recording at No. 5: The Toccatas, by Iranian harpsichord player Mahan Esfahani.

Sheku Kanneh-Mason, the world’s favourite royal wedding cellist, is back in the game with his debut album Inspiration clocking in at No. 18, while his sister Isata Kanneh-Mason’s debut album of piano music by Clara Schumann has jumped back up to No. 9.

We also see three new entries further down in the chart: Maxwell Davies’ Suite from The Boyfriend; A Song of Agincourt, a new recording of a few of Stanford’s finest occasional pieces; and The Jupiter Project, a re-creation of how Mozart’s large-scale orchestral works might have been encountered in Georgian Britain.