Classic FM Chart: Max Richter is moving on up 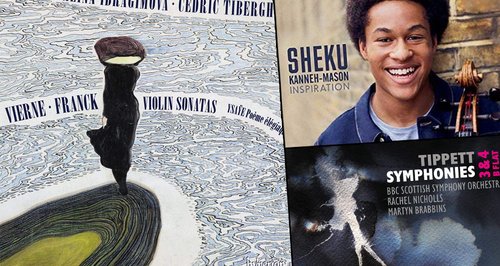 Max Richter’s albums have jumped up to the top of the chart this week, alongside two new entries and four re-entries.

While the top of the chart remains relatively unchanged this week, Einaudi's Islands has hopped up to No. 2 and a new entry makes it into the top 10 at No. 6.

Two new albums enter the chart: a recording of Vierne & Franck: Violin Sonatas by Alina Ibragimova and Cédric Tiberghien at No. 6, and Tippett: Symphonies 3 & 4 recorded by Rachel Nicholls and Martyn Brabbins at No. 20.

Running behind are four albums that have re-entered the chart this week. Sheku Kanneh-Mason's debut album Inspiration has reappeared at No. 28, two albums by Karl Jenkins are at Nos. 24 and 30 and Ramin Djawadi's score to season seven of Game of Thrones is back in at No. 29.

Max Richter has also made an impact this week, with both of his albums on the chart ranking significantly better than last week. Sleep has moved up four places to No. 10, and The Blue Notebooks jumps up from No. 20 to No. 11.